1917: revisiting the scores of Thomas Newman and Sam Mendes

Oscar nominee 1917 reunites composer Thomas Newman and director Sam Mendes for the seventh time. This acclaimed drama follows two young British soldiers on a vital mission to deliver a message to an imperiled British battalion and is being considered a frontrunner in this year's awards race.

One of the film's most celebrated aspects is the score, itself the recipient of an Oscar nomination. Newman's music covers the full range of the orchestra, rumbling in the lower registers as our characters cross the horror of no man's land, before emerging in ecstatic beauty during a nighttime reveal of a ruined town lit by fire.

It's a soundtrack that holds back and bursts forth in equal measure, carefully tailored, as one would expect from a composer of Newman's status, to the complex, 'one-shot' fabric of the movie.

In anticipation of the film and soundtrack's potential success at the Academy Awards, we're revisiting all the Newman-Mendes collaborations so far.

It's remarkable to think that Sam Mendes had never directed a movie prior to American Beauty. He was, in fact, a celebrated stage director who was lured to Hollywood by DreamWorks Studios co-founder Steven Spielberg. The studio was looking for a filmmaker to helm acerbic satire American Beauty, and Mendes eventually got the gig, bringing lush yet playful visuals and an excellent facility with actors as he sculpted Alan Ball's script into a modern classic.

Key to the movie's impact is Newman's score, the percussive nature of which was a direct request from Mendes. Although Newman's eccentric, off-kilter rhythms have been driven into the ground through their presence on chill-out albums and various TV shows, the score is still as fresh as it was in the nineties.

Aside from the moving, piano-led plastic bag theme, the score largely forgoes melody to give vibrant inner life to Kevin Spacey's frustrated suburbanite, Lester Burnham. It proved to be one of the most influential scores of the decade, landing Newman his first Oscar nomination for a Mendes movie.

Mendes switched genres with his second feature film. This adaptation of the acclaimed graphic novel tells the story of mob hitman Michael Sullivan (an atypically morose Tom Hanks), who takes to the road with his son after the latter witnesses the execution of their family.

Road to Perdition is draped in style: its evocation of Depression-era America is brilliantly brought across through the costumes and production design, and everything is handsomely lensed by cinematographer Conrad L. Hall. But while the look and feel of the film is traditional, Thomas Newman's score is suspended above the action with a mixture of period-specific and contemporary sounds, spanning quirky percussive devices to the full majesty of the symphony orchestra.

The score's key register is portent and tragedy: this is a story of how sons are put on earth to trouble their fathers, and Newman's score resounds with a sense of dramatic weight. There's only the briefest concession to the Irish background of the central characters; for the most part, this is a grippingly dramatic score that isn't looking to be defined by a particular context or location. The gentle tragedy of 'Rain Hammers' (accompanying the film's stunning rain-washed shootout), with its tinkling piano and percussive dulcimers, is a highlight. As with American Beauty, Newman received an Oscar nomination but again lost (to Elliot Goldenthal and Frida).

This is perhaps the overlooked Newman-Mendes score, and for good reason. Whereas American Beauty reveled in its exotic, often exuberant sound, and Road to Perdition offered engrossing passages of gorgeous tragedy, Jarhead is far more experimental. But then, one shouldn't expect a thematically-driven score about the madness of the Gulf War.

Mendes adapts the memoir Anthony Swofford's time spent as a Marine in the oil fields of Iraq, dabbling in a host of surreal imagery (vomiting sand into a sink) but often pulling his punches. One senses Mendes wanted to make an angrier movie that could stand with the likes of Stanley Kubrick, but the finished project only comes to life in fits and starts, despite the best efforts of star Jake Gyllenhaal.

Newman's score plays more to the ambient nature of his musical personality, mixing Middle Eastern tones with electronic pulses, buzzing strings and percussion. It's the least accessible of his collaborations with Mendes, but it works effectively in the movie.

It was back to suburbia for Newman and Mendes with this adaptation of Richard Yates' novel. However, whereas American Beauty mixed laughs and despair, Revolutionary Road is almost entirely comprised of the latter, looking at how a young couple's attempts to rail against convention lead to disaster.

Titanic duo Leonardo DiCaprio and Kate Winslet reunite to play Frank and April Wheeler, the suburbanites flirting with the idea of moving to Paris and beginning a new life. Newman's chilly yet compelling score is designed to reflect the "hopeless emptiness" at the rotten heart of 1950s American suburban life, using suspended chords and unresolved rhythms and melodies to emotionally capture the dead-end situation of the characters.

The central 'Revolutionary Road' melody is a masterful, piano-led piece that appears to be building to some kind of resolution, before backing off to leave everything on a pensive note. These characteristics underline the melancholia of later tracks like 'Golden People', while the oddly titled 'Speaking of Production Control' is a brief but bewitching explosion of acoustics and percussion that intentionally dulls the sense of humanity.

The James Bond scores were once the stronghold of John Barry, but several composers have given it a go over the course of the franchise. The likes of Marvin Hamlisch, Bill Conti and Michael Kamen stepped in before David Arnold became a regular composer during the Pierce Brosnan era and the first two Daniel Craig movies.

Thomas Newman got his chance when Sam Mendes was elected by Bond producers Barbara Broccoli and Michael G. Wilson to direct Skyfall. Reportedly, Mendes made it a condition that was able to select the film's composer. What's impressive about Newman's Skyfall score is how he walks the divide between several different styles, sometimes aping the string-laden majesty of Barry, and at other times indulging his penchant for American Beauty-style creativity.

Newman has never been known as much of an action composer, but the propulsive force of 'The Bloody Shot' more than matches Arnold's Bond work. In general, however, Newman strives for an introverted, moody sound that is layered full of orchestral and electronic devices. It perfectly captures the tone of a Bond movie that gets us up close and personal to 007 like never before, while also movingly resolving his relationship with M (Judi Dench). The result was the first Oscar nomination for a Bond score since 1977's The Spy Who Loved Me.

Newman's score for Skyfall was somewhat controversial among hardened Bond fans. It only occasionally engaged with the beautiful tones of John Barry, and was said to be lacking the energy of David Arnold's work. Unfortunately for the haters, Newman engaged the same approach for Skyfall follow-up Spectre, which even goes to the extent of re-using action motifs from the previous movie. Maybe Newman was attempting to show how history is always catching up with 007?

Either way, it's an intelligently handled, if challenging, score, with just as much emphasis on the quieter moments as the big ones. Raucous tracks such as 'Snow Plane' open the taps on the symphony orchestra, with those characteristic Bond trumpets going full blast. But other pieces such as 'Secret Room' are just as engrossing for different reasons, alternating between fluttering woodwinds and pensive piano chords to invest emotional realism in a fantastical spy universe. It's not the most crowd-pleasing Bond score, but there's an awful lot going on within Spectre.

If you haven't yet seen the movie, or can't wait to watch it again, click here to book your tickets for 1917.

Do you think Thomas Newman will win the Oscar for his music? Let us know @Cineworld, ahead of the big night on the 9th of February. 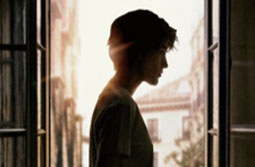 The Rhythm Section: watch a new clip and featurette