A Clockwork Orange: 50 facts to celebrate its 50th anniversary 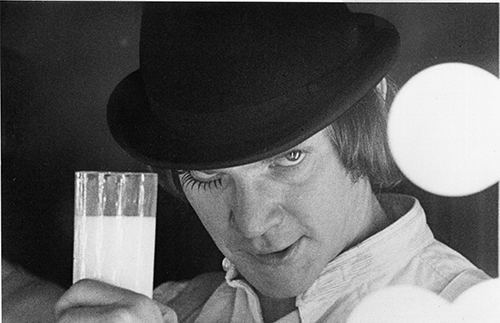 Adapted from Stanley Burgess' novel of the same name, A Clockwork Orange more than lives up to its reputation as a confrontational yet fascinating look at teenage delinquency and the fine line between good and evil. When the rampaging Alex is arrested by the authorities and subjected to a brainwashing technique known as the Ludovico (using his favourite Beethoven music as an added kicker), we're forced to question the boundaries of morality and decency.

A film with this kind of reputation naturally comes with fascinating production history. Scroll down to find out more about the movie, from its earliest development to Kubrick's difficult decision to withdraw the film in 1973.

1. Anthony Burgess sold the film rights of his novel for $500, shortly after its publication in 1962.

2. Originally, the film was projected to star the rock band The Rolling Stones, with the band's lead singer Mick Jagger expressing interest in playing the lead role of Alex.

3. Controversial British director Ken Russell (Tommy; The Devils) was originally set to direct the movie before Kubrick signed on.

4. At the time, Kubrick was developing a project about Napoleon Bonaparte and initially wasn't interested in A Clockwork Orange, which was suggested to him by writer Terry Southern (who had co-written Kubrick's black comedy Doctor Strangelove).

5. However, Kubrick's wife Christiane impressed upon him the novel's astonishing qualities, and after securing the rights he eventually agreed to direct the movie adaptation.

6. Malcolm McDowell was cast on the basis of his role in Lindsay Anderson's incendiary If... (1968), in which he plays a schoolboy who machine-guns his teachers.

7. McDowell suggested cricket whites for Alex's costume, although it was Kubrick who recommended the jockstrap remain on the outside.

8. As per the US edition of Burgess' novel, Kubrick elected to omit the final chapter, which suggests a measure of redemption for Alex.

9. Burgess would later express mixed thoughts about this decision, although he praised the film's acting, design and music.

10. Kubrick described the finished film as: "A social satire dealing with the question of whether behavioural psychology and psychological conditioning are dangerous new weapons for a totalitarian government to use to impose vast controls on its citizens and turn them into little more than robots."

10. Burgess' novel uses a hybrid of Russian and Cockney language named 'Nadsat'; this is what had put Kubrick off the novel initially, although trace elements remained in his finished script.

11. So faithful was Kubrick's adaptation of the book otherwise, that it was used on the set as a substitute for the screenplay.

12. Real locations were used to depict the hellish dystopia of Alex's world, including the Thamesmead Housing Estate in Southeast London, which stood in for Alex's home.

13. The writer's home, where several of the film's most notoriously disturbing sequences take place, was a hybrid of Munden House in Bricket Wood, Hertfordshire; the Japanese Garden in Shipton-under-Wychwood in Oxfordshire (used for exteriors); and The Skybreak House in Radlett, Hertfordshire (interior shots).

14. The record shop scene was shot in the Chelsea Drugstore, a hip London bar frequented by the Rolling Stones and other celebrities in the late '60s and '70s.

15. Sets were used to depict certain locations such as the Korova Milk Bar, featured in the film's opening sequence.

16. McDowell's piercing look down the camera is an example of the famous 'Kubrick Glare', demonstrated in several of the director's other movies including The Shining (1980) and Full Metal Jacket (1987).

17. It was McDowell's idea to perform 'Singin' in the Rain' during the assault sequence on the writer and his wife; he was instructed to do "something outrageous" by Kubrick to give the scene more dimension.

18. "And why did I do that?" McDowell later said of the scene. "Because [that song is] Hollywood's gift to the world of euphoria. And that's what the character is feeling at the time."

19. Alex is brainwashed via the Ludovico Technique, the name of which was originally going to form the title of the movie.

20. The doctor administering eye drops to Alex was a doctor in real life; he had to be present in the scene to ensure McDowell's eyes remained moist while they were clamped open.

24. As Kubrick was notorious for demanding multiple takes (sometimes 100 or more), Prowse was unhappy at his involvement in a scene where he had to convey the injured writer in a wheelchair; Kubrick laughed it off and the sequence was accomplished in just six.

25. Malcolm McDowell once asked Anthony Burgess about the meaning of the book's title, and Burgess simply explained that he was once in a pub and overheard a stranger exclaim, "He’s as queer as a clockwork orange"; no further explanation was forthcoming.

26. Kubrick and McDowell got along well on the set, often bonding over games of chess.

27. A Clockwork Orange was the first movie to employ Dolby Surround Sound and Dolby Noise Reduction.

28. All the actors on the set were close-miked, meaning there was no need to post-synch the sound.

29. In A Clockwork Orange, Alex is given an experimental dose of medicine called Serum 114, which sounds very much like CRM-114. In Dr. Strangelove, the CRM-114 Discriminator is a fictional piece of radio equipment. When it's destroyed, the B-52 bomber squad fails to receive the order to halt the nuclear bombing of Moscow. CRM is also displayed prominently as graffiti in Kubrick's Eyes Wide Shut.

30. Kubrick had intended to use Pink Floyd's 'Atom Heart Mother Suite' in his previous movie 2001, but the band rejected his request to distort the song; the record can be seen above the 2001 LP when Alex browses the record store.

31. The first cut of the film had a run time of almost four hours.

32. When McDowell learned that he would only be paid for a week of voiceover work, Kubrick explained that a week had been spent playing ping pong outside the recording studio.

33. Director of photography John Alcott lit most of the film using only natural light (an approach Kubrick would take on his next film, 1975's Barry Lyndon).

34. A Clockwork Orange was released just over a year after principal photography for the film began. That made it Stanley Kubrick’s quickest production to be shot, edited and released.

35. McDowell was allegedly rebuffed by Gene Kelly at a Hollywood party, the latter disgusted at how his song 'Singin' in the Rain' had been used in A Clockwork Orange.

36. Kubrick reportedly approached Ennio Morricone to write the film's score, only to be personally told by director Sergio Leone that he wasn't available (at the time, they were working on A Fistful of Dynamite).

37. Spanish filmmaker Luis Buñuel would call this one of his favorite films, saying that "I was predisposed against the film. After seeing it, I realised it is only a movie about what the modern world really means".

38. Watch out for Alex's cufflinks in the film, which depict eyes and foreshadow the Ludovico technique.

39. The interiors of the writer's house were designed by Kubrick's wife Christiane.

40. Although McDowell was Kubrick's first, and only, choice for Alex, the actor claimed not to know who Kubrick was at the time.

41. The film's groundbreaking and eerie electronic score came from the pioneering Wendy Carlos' who manipulated all manner of classical staples, including Purcell's 'Music for the Funeral March of Queen Mary' (heard during the opening sequence) and numerous tracks by Ludwig van Beethoven, Alex's favourite composer.

42. Carlos' unused material from the film wound up on her 1972 album, Wendy Carlos' A Clockwork Orange.

43. The film's controversial depiction of sexuality and savage violence saw it slapped with an X-rating in the UK amidst much media attention.

44. Fearing that the movie would instigate copycat behaviour, and following a break-in at his house, Kubrick withdrew it from circulation.

45. The movie remained largely unseen in the UK until 1999 when it was re-released, after Kubrick's death, to critical acclaim.

46. Before Kubrick removed the movie, it proved to be a box office success, grossing $114 million worldwide against a $1.3 million budget.

47. Despite the commercial success, it received mixed reviews from critics with Roger Ebert blasting it as an "ideological mess".

48. Contemporary appraisals now laud the movie as a Kubrick masterpiece, with Times critic John Russell Taylor saying: "There are no passages where we can sit back, listen and admire. The film just hits, and hits hard. It works, as only a master could make it."

49. The film was nominated for four Oscars on its initial release, including Best Picture and Best Director (both for Kubrick), but it lost on both fronts to William Friedkin's The French Connection.

50. In Kubrick's words, Alex "makes no attempt to deceive himself or the audience as to his total corruption or wickedness. He is the very personification of evil. On the other hand, he has winning qualities: his total candour, his wit, his intelligence and his energy; these are attractive qualities and ones, I might add, which he shares with Richard III".

Are you ready to meet Alex on the big screen again? Then click here to book your tickets for A Clockwork Orange, which is re-released in 4K in Cineworld cinemas on 19th September. 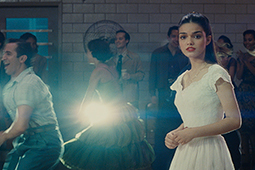