In 2018, A Quiet Place crept into Cineworld and created the kind of clamour usually associated with superhero spectaculars. For once, critics and audiences were in agreement: John Krasinski’s horror was one of the most critically acclaimed films of the year, also earning over $340 million at the global box office against a comparatively modest budget of $17 million.

So it’s no surprise that follow-up movie A Quiet Place: Part II is one of the most anticipated sequels in recent memory. Krasinski’s been suitably quiet as to what we can expect from the Abbott family’s continued fight to survive in a silent world, but he’s dropped a few clues, and they’re enough to whet our appetites big time. Let’s take a look back at what was so great about the original, and why we think A Quiet Place: Part II will be something to shout about.

The original movie is a survival story, set in a dystopian near-future where one of our five senses is critical. Our planet is now infested with monsters that hunt via sound, and the film is centrally focused on the Abbott family: mother Evelyn (played by Krasinski’s real-life spouse Emily Blunt), father Lee (Krasinski), son Marcus (Noah Jupe) and daughter Regan (Millicent Simmonds). Because Regan is deaf, the family is skilled in sign language, partly accounting for their survival, but staying silent is a complex, dangerous and terrifying business.

Krasinski steps back behind the camera to write and direct the sequel, revealing that it “picks up right where A Quiet Place I left off. The idea of these kids and this family dealing with their safety net being taken from them.”

Fans will remember that the Abbott’s farm was destroyed at the end of the first movie, so they now have to venture into the wilderness, after using audio feedback to temporarily disable the creatures. “They are forced to go out into the world and see how other people live,” he adds. “So they literally leave the path of safety and go into the unknown.”

One of the original’s great strengths was the creation of a sympathetic, fleshed-out family, people that made (sometimes fatal) mistakes and held silent grudges against each other, but were still loving and protective. It gave the film a powerful emotional pull, captivating audiences and intensifying the fear all at the same time.

The trailers show that Evelyn, Marcus and Regan are returning, as well as the baby who was born during one of the first film’s most agonising, suspenseful sequences. But what about Lee? We know he sacrificed himself at the end of part one, so his appearance in the trailer points very much towards flashbacks.

Cillian Murphy and Djimon Hounsou play survivors encountered by the Abbotts, although how they fit into the action isn’t totally clear at this stage. “I don’t know why you came all the way up here. There’s nothing left,” Murphy tells Blunt in the trailer.

“There’s so much loss in his life,” says Krasinski of Murphy’s character Emmett. “He doesn’t feel the need to be part of any community.” Does this imply that, in their isolation, human beings have become as deadly as the creatures themselves?

A Quiet Place was 90 minutes of beautifully paced, relentless tension, building to a terrifying crescendo, but along the way, there were plenty of seat-cowering moments. The stand-out saw the heavily pregnant Evelyn silently giving birth in a bathtub while one of the enormous monsters drew ever closer.

Will the sequel reach the same heights? Emily Blunt describes it as “harrowing, it’s terrifying, but at the core of it, it’s a very human story.” Krasinski’s comments about the sequel being an origin story (at least in the flashback sequences) raises the stakes: “We’ve answered all those questions the audience was asking about day one, especially ‘how did this all start?’

So it looks like we can expect to see life in the Abbotts' small town when the monsters arrive, as well as the fallout from the first attacks and how the family were able to survive. Prepare to hang on to your seats, especially during the scene teased in the trailer where Evelyn rapidly reverses away from an out-of-control bus. In fact, so dangerous was that stunt that Krasinski genuinely feared for Blunt’s life.

“Emily's [stunt] is so real,” he tells Cinemablend. “I think I put my marriage on the line when I put her in the car. That's true. Like when I was explaining to her on set all the things that were going to happen and I said, ‘You're going to hit this stunt man, that car is going to come three feet from you and then this bus is actually going to clock at 40 miles an hour,' her face fell and she went, ‘But not really.’ And I went, ‘No, no, the bus is coming at you at 40 miles.’ That's a real bus, and that bus hits that car and all that is totally real.”

Need we say more about why the sequel is poised to top the original?

Critical reactions on social media indicate that A Quiet Place: Part II does a fantastic job in building on the mythology of the first movie.

A QUIET PLACE PART II: A worthy, world-expanding followup that builds on the original and finds its own thrills, chills, and emotions in the process. Audiences should still be banned from eating crunchy snacks during any and all screenings.

The use of sound in #AQuietPlace Part 2 is still so vital. In what could easily have been a retread, @johnkrasinski finds unbelievably creative ways to keep the movie’s niche from getting stale. The entire cast is fantastic and it’s riveting from top to bottom. @quietplacemovie pic.twitter.com/gZHRyJOKXU

So #AQuietPlacePartII was incredibly tense & builds upon the story from the first film in some unexpected/inspired ways. Cillian Murphy RULES & Millicent Simmonds really comes into her own her with a truly phenomenal performance.

A Quiet Place: Part II is due for release (conditions permitting) on the 17th of September 2021. 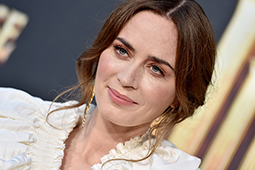 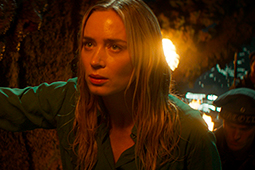