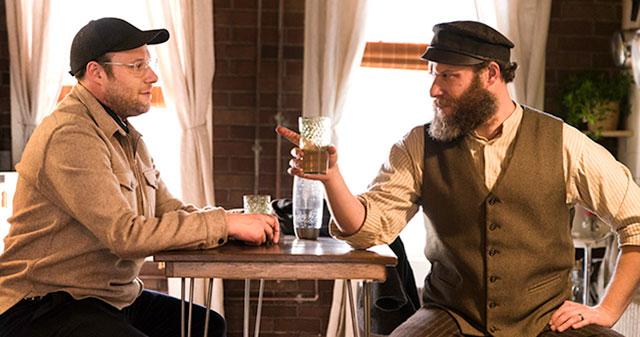 Life feels weird at the moment, but it could be weirder. Just look at Seth Rogen's predicament in upcoming comedy An American Pickle. The Long Shot star reunites with his regular collaborator Evan Goldberg (This is the End; Sausage Party) for the bizarre story of a man out of time. Quite literally.

Rogen plays 20th-century labourer Herschel Greenbaum, an American immigrant who comes to the country in search of a new life. However, he ends up falling into a vat of pickles and being preserved for 100 years. He's then removed in 2020 in a world that he doesn't understand, where he comes face to face with computer programmer and descendant Ben Greenbaum (also Rogen).

The prospect of the likeable Rogen doubling up is an enticing one. An American Pickle is adapted from the novella 'Sell Out' by Simon Rich and, in all honesty, sounds like a cross between Forever Young and Knocked Up. The film is the directorial debut of This is the End cinematographer Brand Trost, another core member of the Rogen crew. Check out the trailer to discover how Rogen has, quite literally, got himself into a pickle.

An American Pickle is set for UK release on 7th August. Planning to watch it? Let us know @Cineworld. 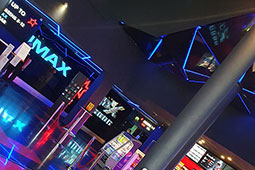 Cineworlders tweet about their first big-screen experience in 4 months