Paul Rudd wishes he had the Avengers on speed dial (let's face it, we all do) in the latest spectacular  Ant-Man trailer.

The new promo for Marvel's latest clears up some of the inter-character relationships, with Michael Douglas' scientist Hank Pym revealing that his Ant-Man suit is at risk of being stolen by his villainous former assistant Darren Cross (Corey Stoll).

There's only one thing for it: employ thief Scott Lang (Paul Rudd) and turn him into an Ant-Man for the 21st century. Yet as Pym is at pains to point out: "This isn't no Iron Man suit!" That means lots of crashing into walls before he masters the ability to turn tiny and race across the barrel of a gun.

It's hopefully an indication that the film will be possessed of a peppy, exciting, self-referential tone. But that's enough chat. Here's the  Ant-Man trailer. The film is released on 17th July. 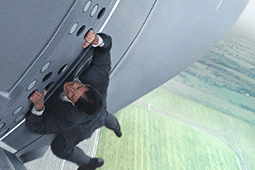