We're just three weeks away from the release of Avengers: Infinity War (be sure to check out our Marvel movie countdown if you haven't done so already). And looming ominously on the horizon like super villain Thanos (Josh Brolin) himself is the spectre of the as-yet-untitled Avengers 4, scheduled for release in April 2019.

Why ominous? Well, simply because we don't know which of the Avengers will be left standing at the start of that movie, and who knows who will be left alive come the end of it. Brolin has himself teased some very upsetting moments in Infinity War, and with many of our key players' (Robert Downey Jr., Chris Evans, Chris Hemsworth) contracts set to expire in 2019, we can expect some shocking developments in the next 12 months.

As it turns out, there's an excellent reason why the Avengers 4 title hasn't been revealed – because it would directly spoil the events of Infinity War. That's according to directors Joe and Anthony Russo who return to the Marvel fold having delivered barnstorming hits with Captain America: The Winter Soldier and Civil War.

The conversation started on Twitter when user @occmarvel posted the following message:

the fact that the russo brothers won't give us the avengers 4 title because it spoils infinity war scares the s**t outta me pic.twitter.com/2qF5Dmn7pf

To which the Russos replied:

Rarely have two words said so much. That pretty much spells out a doom-laden descent into darkness for the next two Avengers movies. Who will rise, and who will fall? One thing's for sure, the future of the Marvel Cinematic Universe (MCU) is mapped out with Phase Four extending until at least 2022.

Click here to book your tickets for Avengers: Infinity War (which has moved forward to 26th April, don't forget), and tweet us your thoughts @Cineworld. 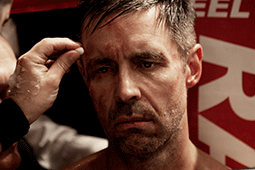