The film's predecessor, 2012's smash hit Avengers Assemble, hinted at Romanoff's complex Soviet back story, and a key piece of dialogue saw her grappling with the guilt of "red" in her "ledger". Johansson says we'll find out more about Romanoff in Age of Ultron.

"She is dark and has faced death so many times that she has a deep perspective on the value of life," the actress tells W Magazine. "In the sequel, you learn more about the sadness in her past. Black Widow is a superhero, but she’s also human. She’s small, but she’s strong. It’s hard not to admire her... We all try to fight the forces of evil."

Johansson first made a big impression as the character when she appeared in 2010's Iron Man 2. Successfully moderating the boys own mentality of comic book movies, Black Widow has grown to be a memorable and striking addition to the Avengers ensemble.

Since she first appeared in Marvel comics in 1964, Russian spy Romanoff has proven to be a fan favourite, especially given her complex background which at one stage involved being brainwashed against the United States. It remains to be seen which aspects of the character's backstory will be sketched out in Age of Ultron but Johansson believes it's the character's moral qualities that ultimately resonate most.

"We all try to fight the forces of evil," she says. "Like Black Widow, you have to keep trying. The challenge is always there."

Avengers: Age of Ultron is released on 24th April. 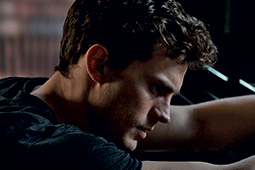