Home Cineworld Blog Black Panther 2: what we know so far

Black Panther 2: what we know so far

Curious to know what lies ahead in the Marvel Cinematic Universe? We're about to kick off Marvel Phase Four with the incoming Black Widow movie, but what lies beyond that in Marvel Phase Five?

One of the pivotal titles coming down the pipeline is Black Panther 2. It's the sequel to Marvel's pioneering 2018 blockbuster, and is set to whisk us back into the remarkable world of Wakanda.

Here's what we know about it so far.

It's set to continue T'Challa's story

Released in February 2018, Black Panther was not just a blockbuster hit but a watershed moment. The movie adapted the comic book character created by Stan Lee and Jack Kirby in 1966, who emerged as the first-ever African comic book hero. Therefore, when the movie finally arrived, fans, audiences and critics felt a milestone had been reached in terms of representation and diversity in the genre.

That the film also worked on its own terms was a plus point. Directed with verve by Ryan Coogler, the film picks up with Chadwick Boseman's T'Challa/Black Panther, whose home kingdom of Wakanda is an arresting mixture of scenic beauty and technological, vibranium-driven progress. The story's empowering approach to its characters, plus the insidious, complex nature of its villain Killmonger (Michael B. Jordan), helped propel the movie to grosses of more than $1 billion worldwide.

Black Panther was also an artistic hit, winning historic firsts in multiple Oscar categories. This included Best Original Score for composer Ludwig Goransson, and it was also the first comic book movie to be nominated for Best Picture. The sequel, therefore, has a tremendous amount to live up to.

The man behind the first Black Panther, not to mention critical hits Fruitvale Station and Creed, will be helming Black Panther 2. Coogler's involvement was confirmed back in October 2018 by Deadline, and the news was greeted with enthusiasm by fans.

It's the director's first sequel (he stepped aside for Creed II), and back in 2018, he opened up to Indiewire about the pressures of living up to the original.

"When it comes to making a sequel, I’ve never done it before, a sequel to something that I’ve directed myself," Coogler said. "So I think there’s gonna be a lot of pressure there, but what we’re going to try to do is just focus on the work, like we always do. "Really try to go step by step and try to quiet everything else around us, really focus on trying to make something that has some type of meaning."

It's unclear if Michael B. Jordan will be back

Fruitvale Station and Creed actor Michael B. Jordan stole the show in the first Black Panther. He played the nefarious Killmonger, the man who invades Wakanda to rival T'Challa for the throne. In an audacious storytelling move, the film makes it clear that his challenge is a justified one, even if the murderous way he goes about it remains, at best, suspect. He's surely the most intriguing and multi-layered comic book antagonist since Heath Ledger in 2008's The Dark Knight.

Even though the first Black Panther concluded with Killmonger's apparent death, fans have been clamouring for the character to return. However, Marvel chief Kevin Feige said back in 2019 that any talk of Killmonger's comeback is nothing but a "rumour".

Following speculation from the film's star Angela Bassett and others, Feige was obliged to comment: "Mr. Coogler is just only in recent weeks sitting down at his keyboard and beginning to outline the movie. It’s early, so nothing is set yet in any way that far, because Mr. Coogler is sitting down and will share it with Nate Moore and myself in coming weeks."

Phase Three of the Marvel Cinematic Universe (MCU) concluded with 2019's Spider-Man: Far From Home. The Phase Four baton will be picked up by the Black Widow movie, due for release in October 2020. That film will finally allow Scarlett Johansson's assassin Natasha Romanoff to take centre stage.

Owing to the coronavirus pandemic, the remainder of the Phase Three slate has now been shuffled around. Eternals will now arrive on 12th February 2021, Shang-Chi and the Legend of the 10 Rings on 7th May 2021, Spider-Man 3 on 5th November 2021, Thor: Love and Thunder on 11th February 2022 and Doctor Strange in the Multiverse of Madness on 25th March 2022. Beyond that, we get into the Phase Five stage, where details are understandably murky.

Either way, at the time of writing, Black Panther 2 is the curtain-raiser on this pivotal moment in MCU history. It will be followed by Captain Marvel 2 (8th July 2022) and potentially the new Blade movie, starring Mahershala Ali. What happens beyond that is yet to be seen – fans are speculating about reboots of X-Men and Fantastic Four, not to mention continuations of the Ant-Man and Guardians of the Galaxy franchises. 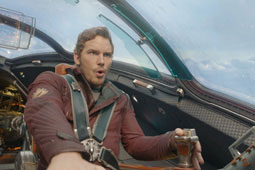