New releases! Book your tickets for Hellboy and more

What's the story? Hellboy is back, and he's on fire. From the pages of Mike Mignola's seminal work, this action-packed story sees the legendary half-demon superhero (David Harbour, 'Stranger Things') called to the English countryside to battle a trio of rampaging giants. There he discovers The Blood Queen, Nimue (Milla Jovovich, Resident Evil series), a resurrected ancient sorceress thirsting to avenge a past betrayal. Suddenly caught in a clash between the supernatural and the human, Hellboy is now hell-bent on stopping Nimue without triggering the end of the world.

What's the story? What if the park you always imagined came to life? Welcome to #WonderPark, in cinemas soon.

Click here to book your tickets for Wonder Park.

What's the story? Rose-Lynn Harlan, played by BAFTA Rising Star nominee Jessie Buckley (Beast), is bursting with raw talent, charisma and cheek. Fresh out of jail and with two young kids, all she wants is to get out of Glasgow and make it as a country singer in Nashville. Her mum Marion (Julie Walters) has had a bellyful of Rose-Lynn's Nashville nonsense. Forced to take responsibility, Rose-Lynn gets a cleaning job, only to find an unlikely champion in the middle-class lady of the house (Sophie Okonedo). Directed by Tom Harper, Wild Rose is an uplifting story with an original soundtrack about family, dreams and reality, and three chords and the truth.

Click here to book your tickets for Wild Rose.

What's the story? Girls Trip's Regina Hall and Black-ish's Marsai Martin both star as Jordan Sanders - Hall as the take-no-prisoners tech mogul adult version of Jordan and Martin as the 13-year-old version of her who wakes up in her adult self's penthouse just before a do-or-die presentation. Insecure's Issa Rae plays Jordan's long-suffering assistant April, the only one in on the secret that her daily tormentor is now trapped in an awkward tween body just as everything is on the line. Little is an irreverent new comedy about the price of success, the power of sisterhood and having a second chance to grow up - and glow up - right.

What's the story? Mid90s follows Stevie, a thirteen-year-old in '90s-era LA who spends his summer navigating between his troubled home life and a group of new friends that he meets at a Motor Avenue skate shop.

Click here to book your tickets for Missing Link.

What's the story? Northern Ballet's Three Little Pigs hits the big screen as part of our fantastic season of interactive ballets for children, narrated by Anita Rani. Three Little pigs set out into the world. One builds a house of straw. The second a house made of sticks. The third pig builds his house with bricks. Then along comes a very hungry wolf... With playful characters and spellbinding music, this adorable ballet is sure to have your little ones dancing all the way home with excitement!

Click here to book your tickets for Three Little Pigs.

What's the story? Come into the forest; dare to change your state of mind. Rosalind is banished, wrestling with her heart and her head. With her cousin by her side, she journeys to a world of exile where barriers are broken down and all can discover their deeper selves. Kimberley Sykes (Dido, Queen of Carthage) directs a riotous, exhilarating version of Shakespeare's romantic comedy. 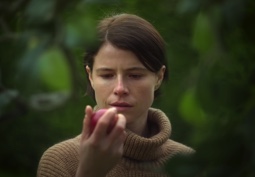 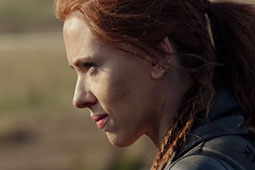 Black Widow: what we learned from the final trailer 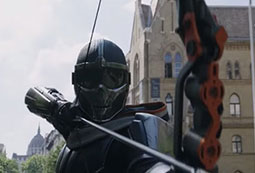 Black Widow villain Taskmaster: everything you need to know 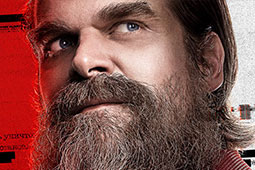 Red Guardian: everything you need to know about the Russian Captain America in Black Widow 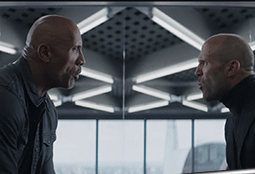 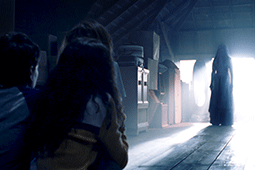 Cineworld Unlimited screenings: book for The Curse of La Llorona and Long Shot