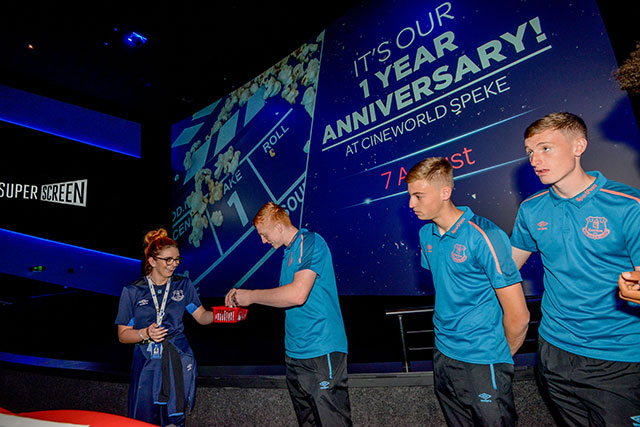 We at Cineworld Speke were delighted to welcome the Under‐23 players from Everton Football Club’s Premier League 2 winning team.

We showed new movie The Angry Birds Movie 2 in Superscreen, all in aid of Everton in the Community (EitC), the official charity of Everton Football Club. EiTC provides life‐saving opportunities for vulnerable and underprivileged individuals living in Merseyside.

The screening event was attended by over 250 children and their families from the local community.

All the money raised contributed towards the building of 'The People's Place', a new purpose-built mental health facility close to Goodison Park.

As part of Cineworld Speke's anniversary festivities, we also hosted local residents throughout the day with a whole host of exciting festivities. This included playing FIFA against the Everton U23 players on the Superscreen (Liverpool’s biggest screen), and having their photo taken with former Blues star and Club Ambassador Ian Snodin. Each child in attendance also received an Angry Birds plush toy, courtesy of Everton Football Club Partner Angry Birds.

Cineworld Speke has welcomed nearly half a million cinema‐goers in its first year. Located at the New Mersey Shopping Centre, the cinema houses an impressive Superscreen, which is the biggest screen in Liverpool, an on‐site Starbucks, and the UK’s first ScreenX, which extends the film out onto the side walls of the screening room for a truly atmospheric 270 degree viewing experience that surrounds you in your seat.

Find out more about Cineworld Speke 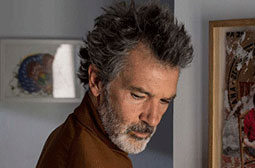