The film is based on the Disney theme park attraction of the same name, and is directed by Non-Stop's Jaume Collet-Serra. Don't worry, though – this is sure to be more family-friendly than Liam Neeson charging up and down a plane looking to cave somebody's head in.

Johnson plays riverboat captain Frank, a man fond of the old ukelele and who's long harboured a desire to find the tree of life, hidden somewhere in the Amazon. Said tree is endowed with magical powers that could change the whole world, which puts him on course with Blunt's scientist character Lily Houghton. Frank is convinced the tree doesn't exist, but Lily appears to possess the key that will blow his theory out of the water.

Plenty of CG-augmented set-pieces are teased in this new trailer, including encounters with deadly big cats that can smell fear. Truthfully, though, the greatest special effect appears to be the Johnson-Blunt chemistry – they're two stars adept with comic timing, and they're also not averse to poking fun at themselves. The climactic rope gag is a case in point – we like these characters already.

Also teased in the trailer: supporting actors Jesse Plemons (The Irishman) and Edgar Ramirez (The Bourne Ultimatum), both playing the film's baddies. The former is a sharply attired and posh sounding officer-type character who launches a torpedo at our heroes. And the latter appears to be an undead ghoul with snakes coming out of his face. All par for the course, then.

Strangely, there has been very little shown of Jack Whitehall as Blunt's on-screen brother, McGregor. Initial rumours speculated that Whitehall would be playing the first openly gay character in Disney history, although it's hard to get a bead on his portrayal at all when he doesn't even get any lines in the trailer.

Jungle Cruise is released in Cineworld cinemas on the 24th of July. Like the look of that? Let us know @Cineworld. 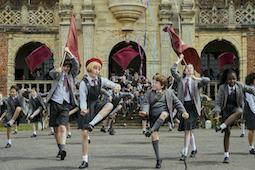 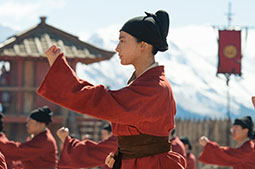