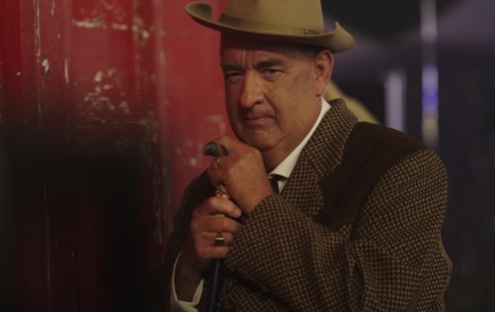 In Elvis, the always likeable Tom Hanks plays the iconic singer's manager. A larger-than-life figure who transformed the singer’s career, effectively creating ‘The King’, Tom Parker also controlled many of Elvis’ personal decisions. Hanks himself has described Parker as a “genius and a scoundrel”.

It’s a fascinating, many-layered and possibly Oscar-baiting performance – though Hanks already played a troubled mob hitman in Road to Perdition. Hanks is not the first typically good-guy actor to take on sinister roles. In anticipation of the release of Elvis, we’re recalling seven other startling hero-to-villain transformations.

Ford’s performance tips the balance from rakish and morally ambiguous hero to all-out antihero – and it’s exhilarating to watch.

From early years as dancer and model, the South African began her acting career with more or less wholesome – or at least likeable and attractive – roles. Films such as The Cider House Rules (1999) and The Legend of Bagger Vance (2000) cemented her status as an actor to watch – but not yet a bone fide star.

Theron made that decisive leap portraying serial killer Aileen Wuornos in Monster. She piled on the pounds to achieve a dramatic physical transformation, but it was her mesmerising performance that won the Academy Award for Best Actress.

The patriarch of the Fonda acting dynasty made his name playing upright, moral, often noble characters in romantic comedies, dramas and westerns. He enjoyed top billing in hits such as The Grapes of Wrath (1940) and 12 Angry Men (1957), having early portrayed a pre-presidential Young Mr Lincoln (1939).

So it was quite the about-face when he played the villainous Frank in Sergio Leone’s epic Once Upon a Time in the West. His killer with icy blue eyes was pitted against Charles Bronson’s “Harmonica” in one of the greatest films of the 20th century, with an equally epic score by Ennio Morricone.

Yes, Tom does a bit of running in Michael Mann’s stylish neo-noir thriller. But most other aspects of hitman Vincent, driven around Los Angeles by cabbie Max Durocher (a slightly nerdy Jamie Foxx) as he picks off targets, are quite unlike his usual character type.

With blonde highlights, sleek designer suit and not even a hint of morality, Vincent has no qualms about shooting informants and lawyers on the orders of a drug lord. And Cruise uses the steely determination perfected in the likes of the Mission Impossible blockbusters to powerful effect during a thrilling bullet-pocked showdown on a metro train.

Playing photo technician Sy Parrish, his memorably creepy loner cherishes a one-way affinity with a family whose pictures he develops – an obsession that spills over into psychotic violence. Williams carried that malignant vibe into his role as a serial killer on the run in Christopher Nolan’s superb Insomnia (also 2002)

Goody-goodies don’t come much more strait-laced than muggle-born brainbox Hermione Granger in the Harry Potter saga. She gets palpitations if she doesn’t get straight As in every homework assignment. So what’s she doing breaking into the houses of Californian celebs and pilfering their possessions?

Watson has a lot of fun as Nicolette "Nicki" Moore in Sofia Coppola’s based-on-a-true-story tale of fame-obsessed teenagers going off the rails.

Click here to book your tickets for Elvis, in Cineworld cinemas from the 24th of June. 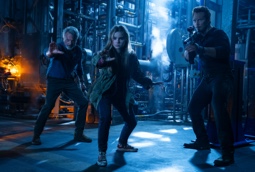