Hans Zimmer: 5 reasons why he's a strong choice to score No Time To Die

Bond 25, officially known as No Time To Die, is getting a serious injection of soundtrack muscle courtesy of Hans Zimmer. The veteran film score composer replaced original choice Dan Romer (Beasts of the Southern Wild) back in January 2020.

It's relatively unusual to replace a composer so late into production, not least on a movie of this size. It may well indicate a struggle on the part of the filmmakers to determine the film's sound, but Zimmer is an excellent choice to do Daniel Craig's final Bond movie justice. It's his first-ever Bond score, and he's also collaborated with Billie Eilish on the moody theme song. Here's why Zimmer is an excellent fit for Bond.

In recent years, Zimmer has become famous for the processed, overwhelming, near-industrial sounds of his superhero scores. This includes Christopher Nolan's critically acclaimed Dark Knight trilogy, with its two-note brooding theme for Batman sitting alongside the tormented, buzzing material for the Joker and others. Then there's the crushingly noisy scores for less-acclaimed DC movies Man of Steel and Batman vs Superman (composed with Tom Holkenborg aka Junkie XL).

There's no denying Zimmer has popularised this quasi orchestral/artificially manipulated sound, which has also extended to the likes of Nolan's Inception. Interestingly, that was a movie whose final act was modelled on On Her Majesty's Secret Service. (Listen to Lorne Balfe's score for Mission: Impossible - Fallout to hear how other composers have channelled Zimmer's sound.)

But while this approach may be somewhat overbearing and inappropriate for Bond, which requires cleaner melodic lines and more style in the manner of original composer John Barry, let's not forget about Zimmer's score for 1991 firefighting movie Backdraft.

In this score, the electronics are deployed more subtly, coming in second place to the thunderous orchestral and choral arrangements. It's a somewhat more old-fashioned score when placed next to Zimmer's recent efforts, while also showcasing the composer's distinctive voice – if he were to apply this style to No Time To Die, it would kick all kinds of butt.

2. He's a dab hand with themes

A great Bond score demands a great theme, more often than not derived from the opening credits song. And the Eilish/Zimmer theme for No Time To Die is already on hard repeat with us, an arresting swirl of strings and brass that's anchored by the singer's breathy vocals.

However, there's not always continuity between songs and score in the Bond universe – both the Skyfall and Spectre songs (by Adele and Sam Smith) were separate from composer Thomas Newman's music. One can hope producers Barbara Broccoli and Michael G. Wilson reinstate the standard approach – think back to 2006's Casino Royale in which composer David Arnold deployed his new Bond theme from title song 'You Know My Name' by Chris Cornell.

The tradition of Bond songs and Bond scores going hand in hand stretches back to the days of the late, great John Barry – think From Russia With Love, Goldfinger and You Only Live Twice as examples. And although Zimmer has gained notoriety for noisy, blusterous soundtracks in recent years, he has an astonishing gift for musical beauty, which is always in demand in a Bond score.

Think of his moving, synthesised theme from 1988's Rain Man (his debut Hollywood score and his first Oscar nomination); the soaring melodies of 1994's Oscar-winning The Lion King (and 2019's reboot); the Far Eastern influences of 1995's Beyond Rangoon; the anguished beauty of 1998's The Thin Red Line; or the euphoric finale from 2010's Inception, called 'Time'.

Zimmer more than has the chops to do justice to No Time To Die's assortment of gorgeous locations, not to mention its emotionally-charged story, in which 007 faces his most personal threat so far.

That said, it's perhaps too much to hope for a rapturous, organ-laden masterpiece in the manner of his score for Christopher Nolan's Interstellar. Much as we'd like to see a Bond car chase scored in this manner, we can't really see it working...

3. However, he can also go tongue in cheek

Although author Ian Fleming devised Bond as a relatively serious character, there's always been an element of escapism hanging around 007 in his big screen adventures. Even when they get relatively more serious, as per the recent Daniel Craig movies or the Timothy Dalton entries, there's a thrill to be had in watching the assortment of locations, gadgets and set-pieces, not to mention 007's knack for removing himself from the deadliest of situations.

It's therefore important to hire a composer who has the ability to go light on occasion. And Zimmer has done this several times before, on acclaimed comedy scores including A League of Their Own, the Oscar-nominated As Good as It Gets and The Holiday. Not that we're expecting anything overtly comical from a Zimmer Bond score – more the odd instrumental flourish that points to the essentially fantastical nature of 007's character.

4. He can get beneath the skin of a film's character

As a character, James Bond has been treated to a multitude of musical approaches over the decades. From the rambunctious approach of John Barry and David Arnold to the somewhat more introverted tones of Thomas Newman, the musical personality of Bond has shifted and altered as much as the actors playing him.

It remains to be seen what Zimmer's approach will be – not to mention how many extra ghost writers and orchestrators he will be pulling in, which is what the composer usually does, marshalling a small army of musicians whom he then oversees. However, Zimmer has past form with crafting gorgeous character-driven melodies that enhance our understanding of the story, which bodes well for Bond.

His score for 1988's Rain Man is written from the point of view of Dustin Hoffman's autistic character Raymond. Zimmer reasoned that Raymond doesn't fully comprehend where he is when he's effectively kidnapped by greedy younger brother Charlie (Tom Cruise) – hence the assortment of synthesisers, bongos and didgeridoos that accompany their American road trip.

A similar orchestral palette was deployed in the lovely score for 1991's Regarding Henry, in which Harrison Ford's workaholic lawyer is forced to re-assess his life after a near-fatal shooting. And the lushly brooding score for 2001's Hannibal, starring Anthony Hopkins as the cannibalistic Hannibal Lecter, is draped in the sort of lavishly Gothic beauty of which the title character would be proud.

Zimmer's Bond chops come through most strongly in his sense of reverence for John Barry. When the composer sadly passed away in 2011, Zimmer posted a moving letter online for Time Magazine, describing the first time he had heard Barry's music, and in particular praising the score for On Her Majesty's Secret Service, widely considered the finest in the series.

It's one thing for a composer to launch into a franchise they haven't tackled before. It's something else to demonstrate a sense of humility and respect for those who laid the groundwork in the first place. On that basis, we have no doubt that Zimmer will ace No Time To Die – fingers crossed the producers and director Cary Fukunaga will give him enough breathing room to both assert his own voice and acknowledge those who have come before.

On that note, let's end with one of Zimmer's greatest pieces: 'Chevaliers de Sangreal' from 2006's The Da Vinci Code.

Why do you think Hans Zimmer is a good choice to score No Time To Die? The film is out on the 12th of November, so there's plenty of time to let us know @Cineworld. 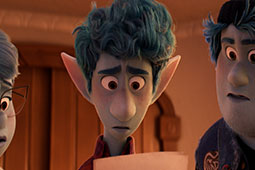