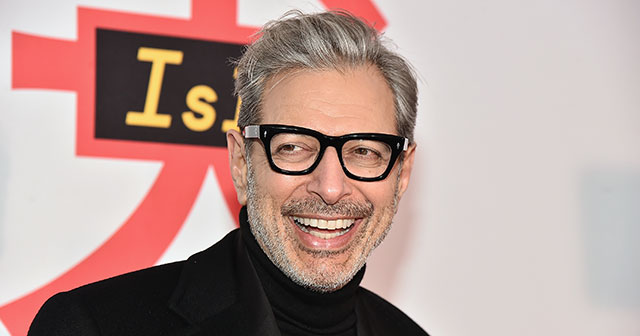 Jurassic Park favourite and occasional jazz artist Jeff Goldblum turns 68 today. With his distinctive speech patterns (you can never have too many oohs and aahs in a sentence), offbeat fashion sense and tendency towards scene-stealing roles in our favourite science-fiction movies, Jeff is akin to the eccentric uncle we wish we had.

To celebrate his big day, we've rounded up his seven most 'Goldblumian' moments. No-one else could have pulled these off like Jeff does.

Trust Jeff to put his own quirky spin on this.

Yes, you read that correctly.

It turns out that distinctive voice gets even weirder when it's slowed down. Don't take our word for it. Check out the video.

What's better than Jeff Goldblum? Multiple Jeff Goldblums, of course. He discovered this to his delight on The Graham Norton Show.

Jeff Goldblum as a flower? As an oil painting? These are two of the least odd internet memes doing the rounds. Jeff took it in his stride when Graham revealed how much the internet loved him.

Remember that totally gratuitous shirtless scene from the first movie? Well, here it is again. Will we see this in Dominion when it's finally released in 2022? Unlikely.

WOW! Thank you to everyone who used my @HeadCount page to make sure that you’re #GoodToVote! Nearly 3,000 of you are ready for this November’s election. Here’s your reward…how time flies. @jurassicworld 🌋🦖🇺🇸

What's your favourite Jeff Goldblum moment? Tweet us @Cineworld with your choices. 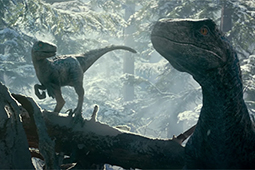