Home Cineworld Blog Herself: read the reactions to the Cineworld Unlimited screening

Herself: read the reactions to the Cineworld Unlimited screening

Moving Irish drama Herself screened in advance last night for Cineworld Unlimited members. Clare Dunne gives a powerful performance as Sandra, a single mother struggling to find suitable housing for herself and her two daughters. Blocked by the local council, Sandra instead decides to build her own home, rallying the local community in the process.

Mamma Mia! director Phyllida Lloyd elicits strong turns from Dunne and the rest of the cast including Harriet Walter (Atonement) and Conleith Hill (Game of Thrones). The Unlimited responses have been overwhelmingly positive, praising the acting and the film's empowering message. Here's a small sampling of the reactions.

This is such a amazing film what's so powerful and has you on your wits end with laughs/sad. It was a blind bet for me but glad I booked a seat to watch it

One of the most powerful films I’ve seen in a long time. An absolute rollercoaster of emotions in such a relatively short running time and gut-punchingly brutal at the end. The subject matter won’t appeal to everyone, but it’s worth 90 odd minutes of anyone’s time.

A really important subject and so many crucial issues highlighted. Amazing acting, really good picturisation. I even cringed in some of the scenes. Heartbreaking, abuse 😓

absolutely remarkable film about some unbelievably strong people. hard to watch at times, but ultimately so hopeful and healing. really hope it gets as wide a release as possible - #HerselfFilm needs and deserves to be seen by as many people as possible.

Such a wonderfully made film and very powerful story. Cast were great and brought the production to life. Certainly worth checking out on the big screen. Thank you @cineworld for another superb Unlimited screening.

Missed the Unlimited screening? Herself is released in Cineworld cinemas on 10th September.

Don't want to miss out on all the best advance screenings? Click here to join Cineworld Unlimited. 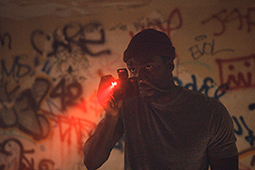