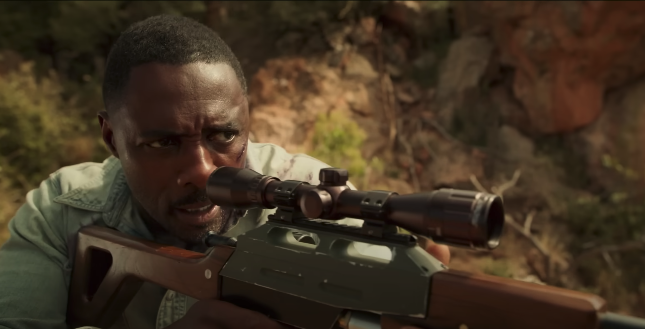 Whether his long-rumoured stint as James Bond pans out or not, Idris Elba is a busy man. And to prove the point, here are two trailers for major upcoming releases that showcase the versatile British star.

The first of these is Three Thousand Years of Longing, the typically eccentric and imaginative new fantasy-drama from Mad Max: Fury Road director George Miller.

The movie recently played at the Cannes Film Festival and stars Tilda Swinton as a bookish academic. When she conjures Elba's Genie, she's pulled into a remarkable dream-world of wishes and possibilities.

The movie is loosely adapted from a short story by A.S. Byatt and, if the trailer is anything to go by, allows Miller's madcap sensibility to really run wild. (There aren't any flame-throwing guitars in this one, however.)

Three Thousand Years of Longing is released on 30th September.

Can't wait that long? Good news – we're getting another star showcase just one month earlier. Elba swaps the land for the African savannah in creature feature Beast. The pared-down thriller pits Elba's doctor and family man against a marauding lion who is very keen that the circle of life is maintained.

Scene-stealer Sharlto Copley (District 9) co-stars as the bushman who helps Elba survive against, and track down, the ferocious man-eater.

Beast is due for release on 26th August.

Which of these Idris Elba movies are you most excited about? Let us know @Cineworld.