James Bond: ranking our 007 favourite themes before No Time To Die

Directed by Cary Joji Fukunaga (True Detective), co-written by Fleabag's Phoebe Waller-Bridge, and starring returning cast members Ben Whishaw, Naomie Harris, Ralph Fiennes and Christoph Waltz, No Time To Die is set to be Bond’s most dangerous mission yet. Called back from retirement, he must face his biggest threat in the form of new, mysterious villain Safin, played by the Oscar-winning Rami Malek.

A new Bond film of course means stunning new action scenes and a scary new villain. And we'll also get a snazzy new Bond song from Billie Eilish to accompany the opening credits. Only a very exclusive club of the greatest musicians have had the privilege of recording a track for this series; Eilish, at the age of 18, is the youngest-ever performer of a Bond theme.

Here’s our ranking of our 007 favourite tracks from the series.

Typically, Bond songs are synonymous with grand vocals backed by even bigger orchestras, but some tracks aim for a very different sound. This was the case in The Living Daylights, which swapped sweeping string sections for the synth-pop sounds of Norwegian band A-ha.

Best known for hitting the high notes in the chart-topping ‘Take On Me’, frontman Morten Harket channelled cool to open Timothy Dalton’s debut as the MI6 agent.

Complete with delightfully 1980s keyboard and guitar riffs, this track is also infamous for sparking a feud between the band and Bond composer John Barry about which version of the song to use. Barry also reportedly clashed with Duran Duran, who performed the track for A View To A Kill.

Who would’ve thought that the distorted guitar and grunge tones of rock band Garbage would’ve been a candidate for a Bond theme? It turns out that front-woman Shirley Manson possessed the perfect sound to pull it off, giving us one of the most distinctive tracks the series had to offer.

Written by the film’s composer David Arnold and lyricist Don Black, who penned the words for other Bond songs ‘Diamonds Are Forever’, ‘Thunderball’ and ‘The Man With The Golden Gun’, this track takes the viewpoint of antagonist Elektra King (Sophie Marceau), which suits the Scottish singer’s vocals beautifully. Instantly hypnotic, it entices us to hang on to every note she sings.

Opening with those punchy brass chords from Goldfinger that act as the song’s central motif, Gladys Knight’s ‘Licence To Kill’ is instantly recognisable as a Bond song. It’s bold, larger-than-life and effortlessly cool. And we’re not just talking about the backing track.

Most of the chart-topping hit’s force comes directly from the R&B legend’s lungs of steel. It was initially Eric Clapton who was approached to perform this song alongside guitarist Vic Flick. However, Knight was picked after the producers turned Clapton down. It only takes a few bars to see they made the right call. You almost forget she’s singing about killing people.

4. Nancy Sinatra – ‘You Only Live Twice’

Originally intended for Rat Pack icon Frank Sinatra, the title track for 1967’s You Only Live Twice was instead delivered by his daughter: ‘Bang Bang’ singer Nancy Sinatra.

Although reportedly nervous while recording the track (John Barry is said to have stitched together 25 different takes), Sinatra unequivocally gave us something truly special. Barry wanted the track to echo the film’s oriental Japanese setting, which he asserts immediately with a gorgeous string backing. Combined with Sinatra’s elegant tones, the result is something quite beautiful – and very Bond.

Even after half a century, the Bond tracks are still just as iconic as ever. While the contemporary likes of Sam Smith and Chris Cornell's musical offerings are nothing to be scoffed at, even they can’t compare to Adele’s ‘Skyfall’.

Co-written by the multi award-winning singer-songwriter and music producer Paul Epworth, the moody lyrics and orchestration are a perfect match for the melancholy tone of the movie. Released in time for the 50th anniversary of Dr No, the track took the world by storm, infiltrating the charts around the globe and quickly becoming one of the best-selling digital singles of all time.

And as if the world wasn't enough, it also earned an Oscar, Brit Award, Critics’ Choice Award, Golden Globe and Grammy, becoming the first ever Bond song to win in any of those fields.

What do you get when one of the greatest musicians of all time is tasked with creating a Bond theme? You get ‘Live And Let Die’ by Wings, the theme to Roger Moore’s first stint as the super spy.

Co-written by Paul McCartney and his wife Linda – reportedly in an afternoon after McCartney finished reading Ian Fleming’s novel of the same name – this bombastic entry has earned itself a place as one of the greatest Bond themes of all time.

If we’re talking classic Bond themes, we can guarantee that at least one of them will involve the unparalleled voice of Dame Shirley Bassey. She’s the only artist to record three Bond themes, ‘Diamonds Are Forever’, ‘Moonraker’ and our number one pick: ‘Goldfinger’.

Composed by John Barry, this was the first original song to feature during a Bond opening credits sequence. The snarling horns backing Bassey’s expressive vocalisations set the bar exceptionally high for what was to come, and undoubtedly created the quintessential, solid-gold Bond theme.

No Time To Die is released on the 12th of November 2020. Got a favourite Bond theme? Tweet us your choice @Cineworld.

Andy Murray is a writer who blogs for Cineworld as part of our news team. 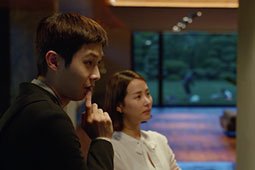