Jude Law birthday: everything you need to know about Fantastic Beasts 3 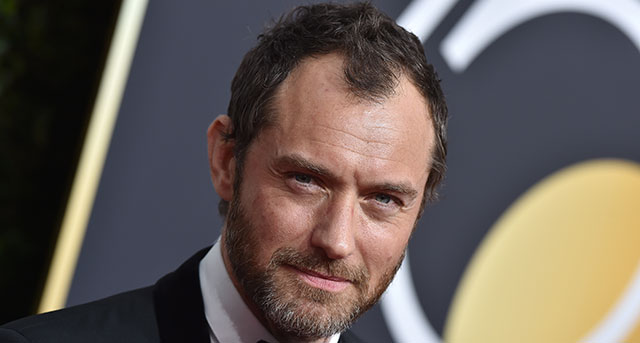 Jude Law is 48 years old today, and we're celebrating his birthday with a special look-ahead to Fantastic Beasts 3.

The British actor will reprise his role as Albus Dumbledore in the third instalment of J.K. Rowling's wizarding adventures. After many delays, Fantastic Beasts 3 is now filming, and we should be getting our reunion with Newt Scamander and company in 2022.

Scroll down to find out more about the movie.

What is the story of Fantastic Beasts so far?

Released in 2016, Harry Potter spin-off movie Fantastic Beasts and Where to Find Them owed itself to a very special Hogwarts textbook. The tome was first glimpsed within the context of the Harry Potter franchise, studied and pored over by the various students at Hogwarts. Author J.K. Rowling then gave us the origin story of the book and its author, magizoologist Newt Scamander.

We then travelled back in time to 1920s New York, where Newt (Eddie Redmayne) has just arrived. He's been expelled from Hogwarts and yet finds himself embroiled in another adventure in Prohibition-era Manhattan. Along the way, he gathered a clutch of allies including witch Tina (Katherine Waterston) and no-maj/muggle Jacob (Dan Fogler). The first movie built towards the confrontation with dark wizard Grindelwald (Johnny Depp), who had disguised himself as Percival Graves (Colin Farrell), security chief for MACUSA (Magical Congress of the United States of America).

At the outset of 2018 sequel The Crimes of Grindelwald, the titular villain escapes. He plans to instigate a war of terror between wizards and muggles, and only Newt and his friends can stop him. Fortunately, Newt is able to call on his former teacher Albus Dumbledore (Jude Law), who assists him in the fight against Grindelwald. Dumbledore had always fought against Newt's expulsion from the school, even as it threatened to cost him his reputation.

The Crimes of Grindelwald ended with the dark wizard peering into humanity's future, using this as an opportunity to manipulate more wizards to his diabolical cause. Tina's sister Queenie (Allison Sudol) betrays her sibling by crossing over to Grindelwald's side, and Newt's former love interest Leta Lestrange (Zoe Kravitz) sacrifices herself so that the others can escape Grindelwald's lair.

Later on, back at Hogwarts, Newt and Dumbledore discuss the long-held blood pact between the latter and Grindewald; this prevents the two from duelling each other, but Newt believes it can be broken. On the other side of the world in Austria, new Grindewald convert Credence Barebone (Ezra Miller) is informed by his master that he is, in fact, the long-lost brother of Dumbledore. This is demonstrated by the arrival of a phoenix, which will manifest in front of any Dumbledore who requires it.

What is the story of Fantastic Beasts 3?

Story details are thin on the ground at this stage. Nevertheless, after The Crimes of Grindelwald disappointed at the box office, Warner Bros head Kevin Tsujihara is promising a satisfying expansion of the mythology. He told the L.A. Times: "The second film didn’t perform as well as the first, but I think we know what we need to do to get the third film hopefully even better than the first one."

He adds: "JK Rowling is really working hard now on that third script, and we’re going to get it right. She has an incredible vision of where she wants to go with this that is incredibly exciting."

Given how The Crimes of Grindewald anticipated the onset of World War II, we can surely expect the global conflict to play a significant role in the story.

Who stars in Fantastic Beasts 3?

Who is playing Grindelwald in Fantastic Beasts 3?

It's been confirmed that Mads Mikkelsen will replace Johnny Depp as the war-mongering Grindelwald. The former is the acclaimed star of Casino Royale and TV's Hannibal, and will next appear in the award-winning Danish drama Another Round.

“Well it’s going to be me, so that’s a difference,” Mikkelsen told Entertainment Weekly about replacing Depp. “No, this is the tricky part. We’re still working it out. There has to be a bridge between what Johnny did and what I’m going to do. And at the same time, I also have to make it my own. But also we have to find a few links [to the previous version of the character] and some bridges so it doesn’t completely detach from what he’s already masterfully achieved.”

The actor told Associated Press (via their Twitter account) that although he hadn't spoken to Depp, he was having a "fantastic" time during his first week on set.

NEW FACE OF GRINDELWALD: @TheOfficialMads Mikkelsen is taking over from Johnny Depp as “Fantastic Beasts” villain Grindelwald and hasn't spoken to the other actor about the role. pic.twitter.com/WycJ4HVlMt

Who is writing and directing Fantastic Beasts 3?

David Yates is back to direct, having helmed the last four Harry Potter movies, and the first two Fantastic Beasts movies. Back in 2016, Yates confirmed that he'd been assigned to direct five Fantastic Beasts films, lauding his "great team" and the set's "family" atmosphere.

The franchise is also maintaining consistency by importing Steve Kloves, writer of all the Harry Potter movies bar one (2007's The Order of the Phoenix). He also wrote the scripts for the prior Fantastic Beasts movies, working with J.K. Rowling. The latter returns to the franchise she helped create – in fact, Fantastic Beasts and Where to Find Them marked Rowling's screenwriting debut.

Producer David Heyman will again be overseeing the production – he helped steer the Harry Potter franchise to success before producing the Fantastic Beasts movies. Heyman has also struck family movie gold with the Paddington films, so would appear to have the midas touch. And composer James Newton Howard will also be returning to spin more musical magic and intrigue from his rich tapestry of character themes, no doubt interweaving more material from Harry Potter as we advance even further into the 20th century.

What has the cast said about Fantastic Beasts 3?

Jacob actor Dan Fogler has let one thing slip. In an interview with HeyUGuys, he revealed the following: "I can tell you that we are going to Brazil. I don’t really know much…[laughs]. I’ll get a script closer to when we start shooting."

Admittedly, that quote stemmed from February 2019, prior to Fantastic Beasts 3's production delays. These were brought on by the COVID-19 pandemic, and principal photography didn't actually get underway until September 2020. (This resulted in the release date being pushed back – more below.)

In a separate interview from March 2020, Fogler told Syfy Wire: "I can say I read the script and the character development is really lovely and it’s very similar to the feel of the first movie, which I think is great. It’s leading toward this massive war with the backdrop of World War II, so you can just imagine epic battle scenes are coming."

When is Fantastic Beasts 3 released? 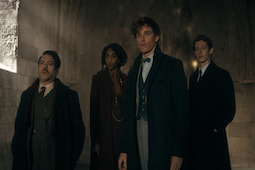 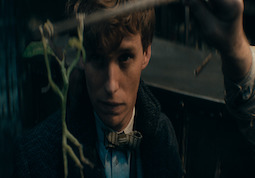 Fantastic Beasts: The Secrets of Dumbledore – experience it in 4DX at Cineworld 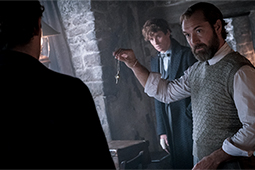 Fantastic Beasts: The Secrets of Dumbledore – 5 reasons to get excited 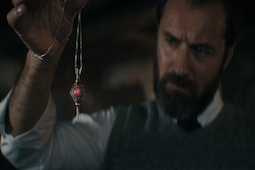 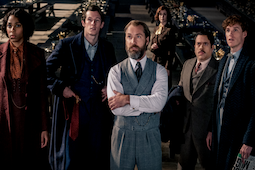 April movie releases in Cineworld: unmissable films to see on the big screen

Fantastic Beasts: uncover The Secrets of Dumbledore in new featurettes 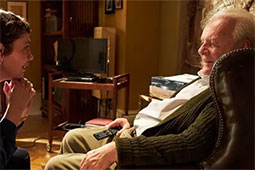