2018 London Indian Film Festival: everything you need to know

The Bagri Foundation London Indian Film Festival (LIFF) returns for its ninth year with a host of premieres and special screenings taking place at Cineworld sites across the country. Supported by the British Film Institute (BFI), Hollywood and Bollywood stars alike will be present to celebrate this year's festival.

Running from 21st to 29th June in London with additional events taking place in Birmingham and, for the first time, in Manchester, it features some of the most prestigious and thought-provoking new independent films from the Indian subcontinent. Here's what you can expect.

Due to popular demand, LIFF returns to Birmingham for its fourth year. Films will be showing at mac Birmingham, Cineworld Broad Street and The Mockingbird Cinema Kitchen.

Movies include the dramatic Fathers and Sons, exploring powerful themes of paternal relationships, and the raucous British comedy Eaten By Lions, in which Bradford teenager Omar and his half brother search for his real Asian dad on the streets of Blackpool.

The Song of Scorpions, meanwhile, is set in the deep deserts of Rajasthan. A lone camel herder played by Irrfan Khan (The Lunch Box) is obsessed by a magical, female healer who has the power to sing away scorpion bites, played by Iranian actor Golshifteh Farahani (About Elly).

The Bagri Foundation is a UK registered charity that promotes Indian arts through its cultural programmes, working closely in tandem with LIFF to help present the very best that Indian cinema has to offer.

Cineworld Leicester Square will host its first-ever LIFF premiere on 21st June in the form of Love Sonia, which opens this year's festival. From the producer of the Oscar-winning Life of Pi, and directed by Tabrez Noorani (former line producer on Danny Boyle's Slumdog Millionaire) this powerful story, shot across three contintents, follows two children sold into slavery.

The Festival finale red carpet is at BFI Southbank with the UK Premiere of Venus, a feel-good comedy of identity, gender and family. Director Eisha Marjara and talent will attend the gala of this empowering, laugh out loud comedy on 29th June. Additional screenings will follow at BFI Southbank on 29th June and HOME Cinema Manchester on 30th June.

The Central Gala is T For Taj Mahal, an inspiring tale about a roadside eatery owner who lives beside the main road to India's iconic landmark, the Taj Mahal. He embarks on an innovative and risky plan to educate the local illiterate children by offering free food in exchange for tourists teaching the kids.

We are delighted to screen a special selection of new films by some of the finest award-winning South Asian women filmmakers on the planet. This includes the UK premiere of multi-award-winning Village Rockstars, a joyous mother-daughter story about a free-thinking village girl who dreams of being a rock guitarist, followed by a Q&A with director Rima Das.

Teen Aur Aadha (Three and a Half) is an envelope-pushing compilation of three dramatic tales of modern Mumbai, shot in three and a half takes. British Bengali director Sangeeta Datta’s mesmerisingly beautiful Bird of Dusk examines the inner life of the late, great Bengali filmmaker Rituparno Ghosh.

LIFF will also screen a cinematic tribute to the legendary Bollywood star Sridevi, who died in February, with a special treat for all her fans: a rare showing of Shekhar Kapur’s iconic 1987 blockbuster, Mr India, co-starring Slumdog Millionaire's Anil Kapoor.

The Festival’s annual Satyajit Ray Competition is presented in association with the Bagri Foundation. With its £1,000 prize, it offers a platform for emerging filmmakers and six, shortlisted entries will be screened. The Festival will present its Pure Heaven Icon Award and its Outstanding Achievement Award, supported by Sun Mark Ltd.

For more details on the festival, click here. Tweet us #LoveLIFF, follow the festival on Facebook and using @Cineworld and join us for a unique celebration of the finest Indian cinema has to offer. 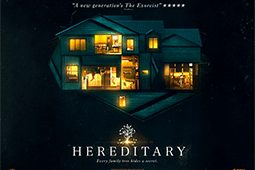