Have you heard that Michael Keaton is set to return as Batman? For the first time since 1992 Keaton will don the cape and cowl, as he's set to appear in DC's The Flash movie.

Rumour has it that Keaton's ageing Dark Knight will act as a mentor to the titular superhero, played by Ezra Miller. The film will be helmed by IT's Andy Muschietti, and is due for release in 2022.

It's easy to forget that Keaton's casting as Batman was met with vitriol back in 1989. He was best known for comedy performances, most famously in Tim Burton's Beetlejuice, and many simply couldn't see how he'd get beneath the skin of the Dark Knight. Fortunately, Burton divined that Keaton would be the perfect choice for his fledgling Batman movie, and indeed it's Keaton's quiet intensity, the sense of a tempest raging beneath a barely contained surface, that really resonates.

He also has, outside Kevin Conroy, the best Batman voice of the lot. This becomes immediately apparent during Batman's opening scene where the title character apprehends two goons, intimidating them and ensuring they spread his legacy with the words, "I'm Batman". There's no need for amplified vocal theatrics – just quietly understated menace.

The division between the personas of Bruce Wayne and Batman is what drives the mythology of the character. Keaton nailed this better than most, while also suggesting the bleed-through from the veneer of the millionaire playboy to the man behind the mask. The scene where Wayne is confronted by the Joker (Jack Nicholson) in the apartment of Vicky Vale (Kim Basinger) features one volcanic eruption of vocal violence, designed to goad the Joker into action.

Even so, there's real rage contained within the "Let's get nuts" line – in Burton's iteration of Batman, the Joker was formerly known as Jack Napier, and killed Wayne's parents, leaving him an orphan. Keaton's ability to suggest those unseen depths brought urgency and richness to his portrayal of the Dark Knight.

Danny Elfman's richly textured Batman score gives inner voice to Keaton's Dark Knight when he isn't speaking. One of the most memorable scenes in the first movie involves Batman driving Vicky Vale into the Batcave, and the score works hand in hand with Keaton's brooding portrayal.

Pulsating, brassy stabs of the main Batman theme and tubular bells alternate with choral outbursts, suggesting the mystery of the man behind the mask, and the subterranean world in which he operates. Although Keaton's performance is considered and contained, the music does a magnificent job in suggesting the operatic emotions that have propelled Bruce Wayne on his journey towards becoming the Caped Crusader.

Elfman's score reaches its peak during the final moments of Burton's Batman movie, further cementing Keaton's depiction as a powerful one. The Joker has been killed and Vicky Vale rides off with Alfred (Michael Gough) to make a dinner date with Bruce Wayne. But he's going to be a little late as he's standing in his Batman guise atop the skyscrapers of Gotham, watching the newly-formed Batsignal blaze a trail through the sky.

It's a tremendously stirring combination of visuals, score and performance that perfectly frames the enduring appeal of the Batman character. Such moments promptly silence Keaton's critics, helping to pave the way for his second appearance in 1992's Batman Returns.

Flawed though they may be on the storytelling front, Burton's two Batman movies drip with arresting Gothic style. One of the most beautifully composed moments comes at the start of sequel Batman Returns, which is the perfect visual embodiment of the Batman mythology.

As Bruce Wayne broods alone in Wayne Manor, the Bat signal lights up the sky. There's no need for extraneous dialogue, just the physicality of Keaton's performance, a low-angled camera and the stirring strains of Danny Elfman's main theme as Bruce gears up to do battle once again.

Keaton's Batman was notorious for frequently violating the 'no kills' rule that accompanies the character's legacy. The opening of Batman Returns sets a morbidly amusing note as the title character leaps into action to save Gotham's Christmas parade from a host of anarchic clowns.

The darker tone of the sequel is immediately established by shots of Batman setting one hapless goon on fire with the exhaust from the Batmobile, and, more pointedly, when he straps a bomb to another poor soul and kicks him into a sewer, leaving him to explode off-screen. The sick little smile Keaton gives before doing so cements him as a memorable Batman who barely has a handle on his violent side.

Long before the image of Tobey Maguire with the torn mask in Spider-Man, Keaton captured that essence of superhero duality. At the end of Burton's tortured, twisted superhero sequel, Batman tears his cowl off to reveal to Selena Kyle/Catwoman (Michelle Pfeiffer) that Bruce Wayne is the Caped Crusader. He hopes that this will resolve the madness and unite them in solidarity, given they're both people who are "split right down the centre".

Kyle ultimately rejects Bruce's efforts and goes on to kill her murderous former employer Max Shreck (Christopher Walken), seemingly using up her ninth life in the process. But the film's eerie final shot suggests that maybe the Bat and Cat could have got it together after the credits rolled.

What's your favourite moment of Michael Keaton as Batman? Let us know @Cineworld and prepare for the release of The Flash on 2nd June 2022. 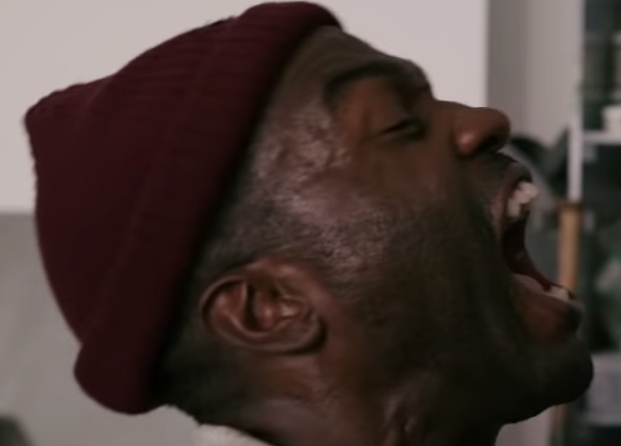 Candyman is back in a brand new teaser