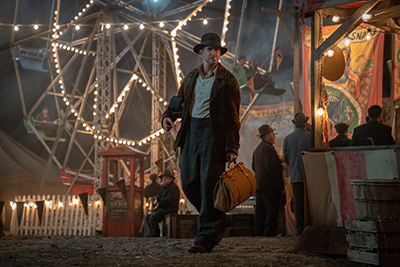 Guillermo del Toro's Nightmare Alley spins a carnivalesque nightmare that's as good to look at as it is creepy to experience. Bradley Cooper leads an A-list cast as the carnival showman whose ascent up the fairground ranks is complicated by the presence of two women, played by Rooney Mara and Cate Blanchett (the latter on devilish, devious form). Willem Dafoe, Toni Collette, David Strathairn, Ron Perlman and Richard Jenkins round out the superb cast.

Following his Oscar-winning The Shape of Water, Del Toro now remakes a Tyrone Power vehicle from the 1940s. That movie was, itself, adapted from a book by William Lindsay Gresham, but the new version of Nightmare Alley is imprinted with Del Toro's unmistakeable Gothic signature. From its brooding atmosphere to its eccentric characters and occasional, shocking moments of bloodletting, it clearly bears the hallmarks of the filmmaker who helmed Mimic, Hellboy and the masterful Pan's Labyrinth.

Go behind the scenes of the movie in the following videos and discover why you need to soak up Del Toro's twisted yet beautiful style on the biggest screen you can find.

Are you ready to take the trip? Then click here to book your tickets for Nightmare Alley, opening in Cineworld on 21st January. 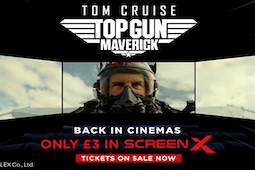