Seven: 25 facts to celebrate the 25th anniversary of the thriller classic

It's been 25 years, but we're still agonising over the contents of the box. That's because spine-tingling serial killer classic Seven is now a quarter of a century old – and it's lost none of its power to frighten.

Brad Pitt and Morgan Freeman are the two cops, one a rookie, the other a veteran on the cusp of retirement, traversing the seedy byways of a rain-swept city in pursuit of a sadistic maniac. This psychopath isn't your garden variety one: instead, he's using the seven deadly sins as his modus operandi – and he soon draws the two cops into his twisted scheme.

Directed by David Fincher, the encroaching menace and dark visual style of Seven exerted a huge impact. It's relatively free of blood and gore, with the nastier moments all the more impactful because they're left to the imagination.

With its pessimistic view of society on the verge of collapse and rampant sin, there's no denying that Seven has a far more warped and engrossing texture than your standard detective movie. Scroll down to discover 25 facts that you may not have known about the film.

1. The bleak terror of Seven's anonymous cityscape was inspired by screenwriter Andrew Kevin Walker's time in New York, when he was trying to break into the movie industry.

2. Walker later said: "I didn't like my time in New York, but it's true that if I hadn't lived there I probably wouldn't have written Seven."

3. David Fincher signed on to direct, but only reluctantly, having had a disastrous time making the troubled Alien3.

4. Various actors turned down the role of Detective Somerset, eventually played by Freeman; these included Al Pacino and Gene Hackman.

5. Walker envisaged William Hurt in the role of Somerset.

7. Fincher agreed to direct the movie because he saw it as less of a police procedural and more of a "meditation on evil".

8. Although the city featured in the movie is never named, the movie was lensed in Los Angeles.

9. Fincher worked with cinematographer Darius Khondji to develop the 'bleach bypass' effect, through which the silver in the film stock is retained and allows greater visual depth to the darkness and shadows.

10. Kevin Spacey, who plays sadistic serial killer Jon Doe, requested his name be removed from the opening credits to sustain the mystery around the character.

11. This is why Spacey's name is the first thing you see at the onset of the end credits.

12. Production designer Arthur Max said of the movie: "We created a setting that reflects the moral decay of the people in it."

13. During the notorious sloth victim scene, the actors playing the SWAT team weren't informed that the 'corpse' was actually an actor (Michael Reid MacKay).

14. This made the terror on actor John C. McGinley's face when the victim coughs all the more genuine.

16. This replaced a proposed sequence in which Somerset visits an out-of-town house that he plans to buy. (This is later referred to anecdotally in dialogue.)

18. Nine Inch Nails frontman Trent Reznor would later collaborate with Fincher as a composer on The Social Network (for which he and Atticus Ross won an Oscar), The Girl with the Dragon Tattoo and Gone Girl.

19. Seven marked the first of three collaborations between Fincher and composer Howard Shore; they later worked together on The Game and Panic Room.

20. The sun-baked landscape of the film's horrific finale was done ironically and deliberately, contrasting with the earlier shadowy squalor as John Doe's plan comes to light.

21. Who can forget the "what's in the box" finale? It cemented the film's reputation, but the distributor New Line had originally rejected such a bleak finale in an earlier draft of the script.

22. It only came about when New Line accidentally faxed the bleaker iteration of the script, complete with the box reveal, to David Fincher; he then insisted that it remain.

23. Brad Pitt backed up the director, saying he would refuse to make the film if the climax was compromised in any way.

25. Such was the cultural impact of the movie that it spawned a seven-issue graphic novel series in 2006.

What's your favourite scene from Seven? Let us know @Cineworld.

The Lost City: everything we know so far 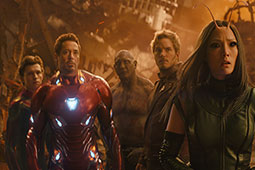 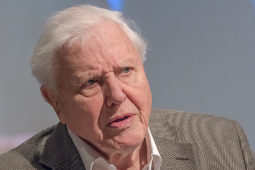