Home Cineworld Blog Space Jam: A New Legacy – what we learned from the trailer 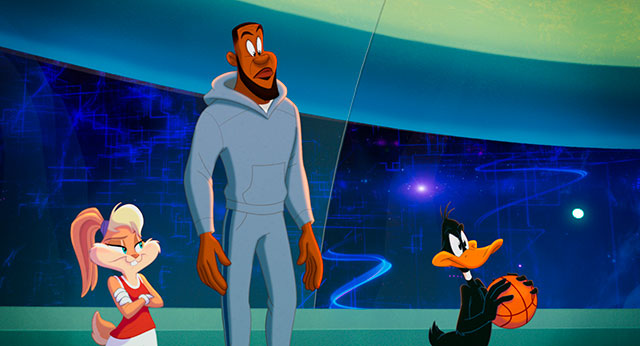 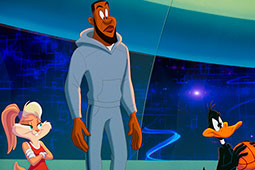 Aiming to score a slam dunk of entertainment this summer is Space Jam: A New Legacy. It's the long-overdue sequel to 1996 cult hit Space Jam and is being positioned as key theatrical release in the wake of unprecedented lockdowns and restrictions.

1. The motivations have changed

In the first Space Jam movie, retired basketball legend Michael Jordan was coerced into one final match with the Looney Tunes, aka the Toon Squad, led by Bugs Bunny. This time around, LeBron James takes the lead role and is motivated by the search for his son who disappears into Looney Toon Land. More than that, James has to win the match in order to re-establish his boy's trust and approval.

2. The entry to Looney Tunes world has also changed

The first Space Jam cost $80 million to make. The sequel costs $160 million and it shows, particularly when James enters the world of the Looney Tunes for the first time. "What in the Matrix hell is this?" he asks as a digital character (played by Don Cheadle) whisks him down a familiar rabbit hole replete with all manner of fancy CGI. That's the kind of investment you expect when Black Panther's Ryan Coogler is involved in a producing role.

3. It's not just cartoon animation this time around

In the first movie, Michael Jordan remained flesh and blood throughout, in contrast with his Looney Tune compatriots. This time, we not only get a great cartoon facsimile of LeBron James (who does eventually morph back into his familiar self), but also CGI versions of his wacky companions. Its a sign of how much digital technology has advanced since 1996.

4. The old favourites are back

Bugs Bunny, Tweetie Pie, Yosemite Sam, Daffy Duck and more – they're all here. That said, the show is stolen by Tweetie's owner Granny who demonstrates that a zimmer frame is no hindrance to performance on the court.

5. It's set to follow the winning formula of the original

Despite all the slick cosmetic improvements, A New Legacy looks like it's sticking close to the original template. Basketball megastar + cartoon favourites + a high-stakes climactic match = a sure-to-be-winning experience.