Home Cineworld Blog The Empire Strikes Back: 40 facts to celebrate its 40th anniversary

The Empire Strikes Back: 40 facts to celebrate its 40th anniversary 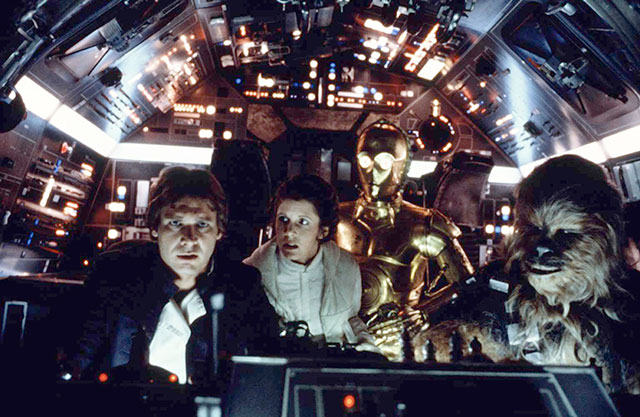 Amazingly, Star Wars classic The Empire Strikes Back is celebrating its 40th anniversary.

Widely considered by fans to be the finest Star Wars movie of them all, Empire noticeably darkened the tone of the franchise. It deepened the relationships between the characters and unleashed one especially shocking revelation, which would have a monumental impact on the development of the franchise as a whole.

Come with us on a journey into a galaxy far, far away, as we present 40 fun facts to celebrate Empire's 40th birthday.

1. The Empire Strikes Back was directed not by George Lucas but by his former University of Southern California professor Irvin Kershner

2. The first draft of the script was by noted science-fiction writer Leigh Brackett (who passed away soon after), but George Lucas was dissatisfied with it.

3. In his role as producer and franchise-overseer, Lucas worked with screenwriter Lawrence Kasdan (who also wrote Raiders of the Lost Ark) and producer Gary Kurtz to develop the story.

4. It was during development on this film that Lucas hit upon the notion that this current Star Wars series be the second of two trilogies.

5. Initially, the Darth Vader revelation scene was shot with the knowledge that Obi-Wan Kenobi killed Luke's father, with Vader actor David Prowse (later dubbed by James Earl Jones) reading the script as such.

6. However, actor Mark Hamill was informed by Kershner and Lucas immediately prior to shooting the scene that Vader was Luke's parent, with the line changed to: "No... I am your father."

7. Hamill was later sworn to secrecy, with Harrison Ford responding 18 months later at the premiere: "You never f*****g told me that."

9. One year after the release of Empire, 'Episode IV: A New Hope' was added to the theatrical re-release of the first Star Wars movie, confirming it as the first instalment of a chronologically later trilogy.

10. With a budget of $33 million (up from an initial $18 million), Empire was an unusually expensive movie for the time.

11. Director Kershner admitted that the carbon freeze scene was the hardest one to film, given the set was filled with hot steam and the actors were positioned on a dangerously high platform.

12. Han Solo's response to Leia "I know" only came about after Kershner, Ford and Fisher expressed dissatisfaction with the original response "I love you too".

13. George Lucas initially insisted that Solo's original line stay as it is, but following an enthusiastic test screening response to the new dialogue, the line stayed.

15. Make-up artist Stuart Freeborn combined his own features with that of Albert Einstein to invest Yoda with profound life and wisdom.

16. The sets depicting Yoda's adopted planet of Dagobah were built five feet off the ground, allowing the puppet to be animated from beneath.

17. As with A New Hope, the interior sequences were shot at Elstree Studios in London, later used for Return of the Jedi.

18. Stage 6 was specifically designed for use in The Empire Strikes Back, but was later removed to make way for a supermarket.

19. In total, more than 60 sets were built to accommodate the expanse and wonder of The Empire Strikes Back, double the amount used on the first Star Wars movie.

20. Principal photography began on 5th March 1979 at the Hardangerjøkulen glacier near the town of Finse in Norway.

21. Empire utilised pioneering effects from Industrial Light and Magic, the company set up by George Lucas during the production of the first Star Wars movie.

22. For the battle scenes set on the ice planet of Hoth, pioneering stop-motion animation from Phil Tippett was blended with painted backgrounds by Mike Pangrazio.

23. George Lucas ran into trouble with the Writers and Directors Guilds of America over the fact that the opening Lucasfilm logo no longer matched the director's name.

24. Lucas was forced to pay $250,000 in fines, at the risk of Empire being pulled from theatres; he ultimately resigned from both guilds.

25. Empire's production was jeopardised by a fire on the nearby set of Stanley Kubrick's The Shining. Lucas ultimately had to relinquish some studio space to Kubrick, necessitating an increase in the budget by $4 million.

26. Filming conditions in Norway coincided with the worst winter storm in decades – things were so bad, for one shot, Mark Hamill was simply captured running into the snow outside the crew's warm hotel.

27. Unhappy at the escalating budget, studio 20th Century Fox threatened to pull Lucas' loan, which he alleviated by offering them more money, albeit without sacrificing the merchandising rights he had secured in the making of the first movie.

28. Fox president Alan Ladd Jr., who had been instrumental in shielding Lucas during production on the first film, then quit, which meant Lucas took his next project, Raiders of the Lost Ark, to Paramount.

29. Empire offers our first look at Vader's master Palpatine, although he's played in this movie by a combination of Clive Revill (voice actor) and Marjorie Eaton (physical appearance albeit wearing a mask).

30. Carrie Fisher and Harrison Ford can clearly be seen smiling during the arrival on Bespin scene – this was down to an alcoholic stimulant shared by Monty Python member Eric Idle at a party the night before.

31. This was the last collaboration between Lucas and producer Gary Kurtz, who later said: "The toy business began to drive the [Lucasfilm] empire. It's a shame. They make three times as much on toys as they do on films. It's natural to make decisions that protect the toy business but that's not the best thing for making quality films."

32. The lightsaber training scenes on Dagobah were initially very different, with one of them involving Yoda throwing a metal bar at Luke, which he would then have to chop in half in mid-air.

33. The mechanical sounds of AT-AT marching were captured by giant sheets of metal being cut apart and stamped at two metal-working sites in Oakland, California.

34. John Williams' thunderous symphonic score, later nominated for an Oscar, was recorded at a cost of $250,000 at Anvil Studios in London.

35. The score was recorded across 18 sessions between December 1979 and January 1980, introducing classic themes such as The Imperial March, Yoda's Theme and Han Solo and The Princess.

36. The world premiere of The Empire Strikes Back was held on 17th May 1980, at the Kennedy Center in Washington, D.C.

37. However, the UK Royal Charity Premiere took place in Leicester Square on 20th May 1980, during an event dubbed 'Empire Day'.

38. The Empire Strikes Back went on to gross $547 million worldwide against its $33 million budget.

39. Initial reviews were mixed, with The New York Times' Vincent Canby describing the film as "a lot like reading the middle of a comic book".

40. For the 1997 Special Edition re-release of the original Star Wars trilogy, George Lucas made several changes including additional shots of Bespin from within Cloud City and full-body shots of the Wampa that attacks Luke on Hoth.

Got a fun fact about The Empire Strikes Back that you'd like to share? Let us know @Cineworld. 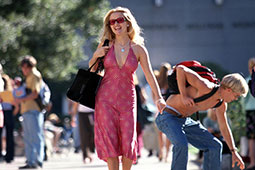 Legally Blonde 3 is coming from Reese Witherspoon and Mindy Kaling