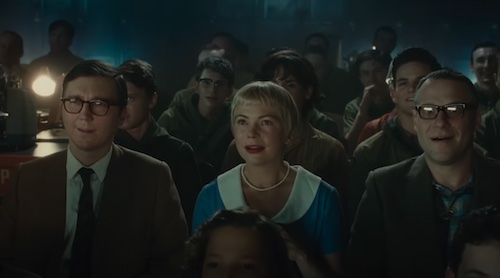 The working relationship between director Steven Spielberg and composer John Williams stretches back to 1974's The Sugarland Express. Their legendary collaboration has encompassed several of the most celebrated soundtracks in movie history including Jaws, the Indiana Jones series, E.T. and Jurassic Park.

Their latest partnership is The Fabelmans, Spielberg's deeply personal, semi-fictionalised account of his own upbringing. Young Sammy Fabelman is an aspiring filmmaker who finds himself caught between the impulses of his creatively minded mother Mitzi (Michelle Williams) and his more scientifically-oriented father Burt (Paul Dano).

Williams knew Spielberg's late parents, Leah and Arnold, and he channels that intimate connection into his delicate, piano-led score. (In the film, Mitzi is an accomplished pianist and is seen performing several noted staples.) Forget the bombast and ripe heroism of something like Raiders of the Lost Ark. Williams' score for The Fabelmans demonstrates his capacity for subtlety as he burrows beneath the fabric of this fractious but loving family.

Go behind the scenes with Spielberg and Williams in the following video as they examine the secret of their long-running friendship and artistic collaboration.

Witness the latest breathtaking collaboration between two iconic artists. Click here to book your tickets for The Fabelmans, releasing at Cineworld on January 27.