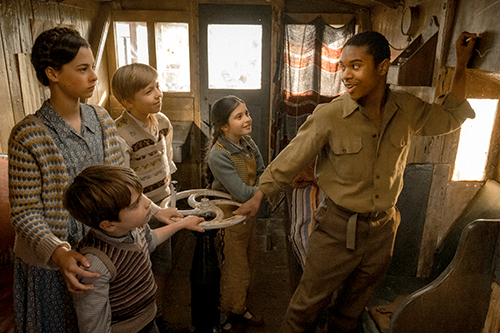 Picking up where the original movie left off, The Railway Children Return showcases trains as essential characters in the story. In fact, the movie was shot in and around the same picturesque locations featured in the first film: the Keighley and Worth Valley Railway in West Yorkshire.

So, what is it that continues to fascinate and enthrall us about steam trains? Go behind the scenes in the following video as cast members, including Jenny Agutter, plus actual steam train drivers, explain how the Yorkshire locomotives helped ground the new Railway Children instalment in a sense of nostalgic realism.

Are you ready to hop on board? Then click here to book your tickets for The Railway Children Return, opening in Cineworld cinemas on July 15th.

Don't forget that adults pay kids' prices with a Cineworld Family Ticket, meaning you can all experience the movie and be more childish together as the delightful story unfolds.