Spider-Man, Spider-Man, does whatever a spider can... And that includes adhering to COVID-19 safety guidelines. With filming on Spider-Man 3 now underway in Atlanta, star Tom Holland has posted an Instagram snapshot showing a masked webslinger. It's a reminder of the strange new world that we're all now occupying.

Of course, as Holland points out, Spidey is now sporting two masks, which means he's netted (geddit?) brownie points in terms of health and safety.

Holland has come to his third Spider-Man solo movie immediately after completing filming on Uncharted. He reunites with Homecoming and Far From Home director Jon Watts for a story that's rumoured to be incorporating the multiverse principle from 2018's Spider-Man: Into the Spider-Verse.

You'll remember that movie mixed up hero Miles Morales with a host of different Spidey characters, including Spider-Gwen and Spider-Man Noir. As far as Spider-Man 3 is concerned, we know that Jamie Foxx is returning as Electro. The character was last seen in 2014's flop The Amazing Spider-Man 2, a comic book property that wasn't affiliated with the Holland-starring, Marvel Cinematic Universe (MCU) chronology.

Sadly, before your get your hopes up, dreams of a line-up between Holland and previous Spider-Men Tobey Magure and Andrew Garfield have been quashed. In better news, returning cast members Zendaya and Jacob Batalon are on board, and we wait to see how the story will continue in the wake of Far From Home's shocking conclusion.

Far From Home culminated in the leak of Spider-Man's real identity, Peter Parker, to the world. Furthering the rumours of a multiverse, the scene also featured J.K. Simmons' J. Jonah Jameson, the blusterous Daily Bugle editor who appeared in the Maguire-starring, non-MCU movies directed by Sam Raimi.

Spider-Man 3 is a key piece in the Marvel jigsaw. It's part of the MCU Phase Four slate of films, which encompasses Black Widow, Eternals, Thor: Love and Thunder and Doctor Strange In the Multiverse of Madness (the last of which will be directed by Raimi). Owing to the COVID-19 pandemic, the various movie release dates have been repeatedly shifted, and Spider-Man 3 is now due on 17th December 2021. 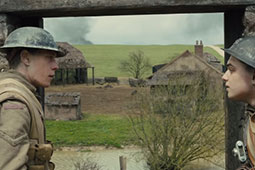