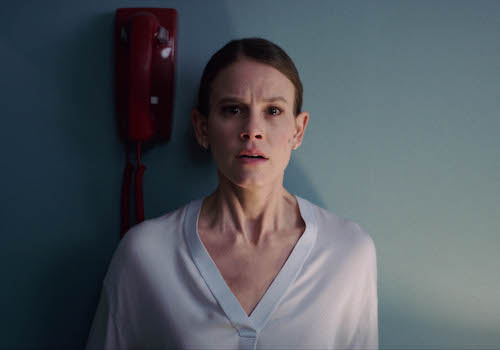 The new horror movie Smile is sure to leave horror movie fans grinning from ear to ear. Those with a penchant for terror are sure to enjoy this story of a horrific curse that manifests in front of a haunted young nurse.

It's the directorial debut from Parker Finn, adapting his own short film, and we wanted to know what Unlimited members thought following last night's preview screening. Here's a selection of thoughts.

Very enjoyable, just like the trailer it had me interested, the film instantly had me hooked and exceeded my expectations completely. A must watch for anyone into this genre of film it will definitely not disappoint.

I thoroughly enjoyed watching Smile! There were many twists I was not ready for. Some jumpscares did get me. The story was very well written and the whole cast and crew did a superb job bringing #SmileMovie to the big screen! Overall score: 8.5/10! Grade: A-! Great Job Everyone!

Scarier than expected! Not a hugely original idea, but superbly executed and disturbing in the right ways. I had to sleep with my cats last night to help me sleep.

Not what I was inspecting, would have loved some good horror for an 18, but was sadly disappointed. Although the soundtrack made very good use of the surround sound.

it's a decent idea and creepily done, but like a lot of horror it doesn't make enough sense, and sells out its central concept for sequel bait. it'll have fans for the stuff it does well, but not one for the ages.

Better than I expected. It isn’t particularly original but it’s in the execution that makes it work.

Some of the imagery in this kept me on edge. I’m gonna struggle to sleep tonight.

Missed last night's screening? Fear not – Smile scares up a storm at Cineworld from September 28.

For all you Unlimited members, don't forget about tonight's Unlimited screening of The Lost King. The award-winning Philomena duo of director Stephen Frears and actor/screenwriter Steve Coogan reunite to give us the delightful story of Richard III's unearthing in Leicester.

The Shape of Water's Sally Hawkins takes the lead as the real-life amateur historian Philippa Langley, the woman who helped uncover the final resting place of the controversial British monarch. Check out the trailer below and we look forward to seeing you there.

Not yet part of the Unlimited club? It's time to stop missing out. From only £9.99 a month, unlimited movies are yours for the taking, plus advance screenings, a free tastecard and lots more exciting benefits.

Click here to find out more about Cineworld Unlimited.