My local cinema is Middlesbrough, it's the only cinema I've ever used my unlimited card.

I have just passed my first year! July 2013 I became a member and now have my black card.

The one that pops to mind as early as I can remember was the film Miss Congeniality when I was about 12.

A few I'm looking forward to are The Avengers: Age of Ultron, The Hunger Games: Mockingjay and Fast and Furious 7.

Definitely sweet all the way!

I must admit I like to watch the Harry Potter films. I also love a good chick flick at times!

Maybe The Avengers, I would love to have some sort of super power, good or evil!

Any films that have Jason Statham in them I guess. I also enjoy watching the Fast & Furious films.

This is a hard question! I enjoy The Transporter series so I'll go with that.

This is easy: Jason Statham! See a pattern?

To be honest I haven't seen these films so I couldn't say.

I don't really have a favourite quote but the one that comes to mind is "I see dead people" from The Sixth Sense. What a great film.

I don't mind film trailers but it occasionally gets repetitive seeing the same ones!

It's gotta be The Italian Job, The Mechanic and also Charlie and the Chocolate Factory with Johnny Depp.

I would definitely say summer blockbusters. They're a lot more fun.

Maybe some old disney films like Robin Hood, Dumbo or The Great Mouse Detective from my childhood. I loved these films.

I like that you can go as often as you want and as many times during the day. Sometimes work schedules can get in the way and films may be coming to an end so I may go twice in one day! Also the discount isn't bad either.

Unlimited member Carl Hellicar answers our questions in our 'Sweet or Salted?' interview

Unlimited member Amanda Fensome answers our questions in our 'Sweet or Salted?' interview

Unlimited member Bill Ewing answers our questions in our 'Sweet or Salted?' interview 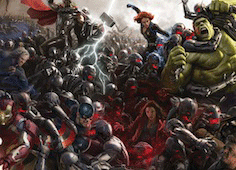