Watch this space for exclusive interview with the director of Walking with Dinosaurs: The 3D Movie.

The Creative Director of BBC Earth, Neil Nightingale is co-director of Walking with Dinosaurs: The 3D Movie.

We'll be asking Neil about how he made this animated prehistoric epic, which boasts some of the finest 3D effects ever seen on the big screen.

The film, which is released on Saturday, tells the story of a young Pachyrhinosaurus named Patchi, who eventually becomes the leader of his herd and wins the heart of a female Pachyrhinosaur named Juniper.

Along the way, Patchi has to cope with his bullying elder brother, named Scowler, and a ferocious enemy in the form of a predatory Gorgosaur named Gorgon.

We'll be posting the interview with Neil shortly, and the good news is you don't have to wait another 70 million years to see the film's spectacular dinosaur action…

Walking with Dinosaurs: The 3D Movie is released on Saturday 20 December. Click here to book tickets. 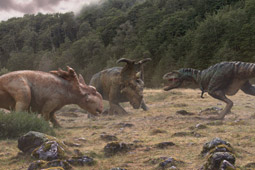 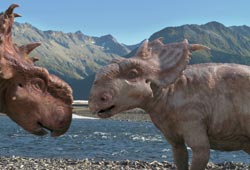 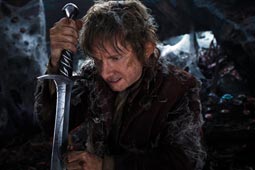 Frozen, Walking With Dinosaurs 3D and The Hobbit: The Desolation of Smaug in our epic winter preview