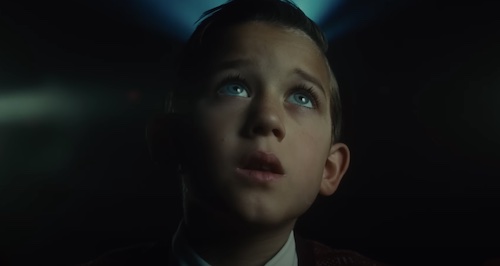 The big night gets underway on March 12, 2023, and over the coming months, we're presenting our predictions for the key categories.

This week: our five hot tips for Best Director. Scroll down and see if you agree with our choices.

1. Steven Spielberg (for The Fabelmans)

Very rarely does Steven Spielberg want for Oscar attention. As one of the most celebrated filmmakers of all time, Spielberg has racked up 19 nominations, and three competitive wins have come out of those (Best Picture and Director for Schindler's List; Best Director for Saving Private Ryan).

Spielberg's illustrious reputation clearly holds a cache with the Academy, and he's now a frontrunner again with The Fabelmans. Combine Spielberg's pedigree with the kind of narrative that Oscar inherently loves (a filmmaker takes us inside his personal nostalgic memories), and it's highly likely that he will claim his third Academy Award for Best Director.

The Fabelmans presents a stylised yet emotionally truthful twist on Spielberg's own upbringing, using surrogate characters to dramatise the birth of an elusive artistic spirit. Critics have lauded the movie following its world premiere at the Toronto Film Festival. Many say that although the movie is cocooned within a clear fabulist bubble (aided by Janusz Kaminski's cinematography and John Williams' score), it's nevertheless fascinating to see how this extraordinary director was set on his career path.

Spielberg is, by now, a grandee in Hollywood terms, and the industry does love to sentimentally celebrate its titans. The self-reflexive nature of The Fabelmans (it's a film looking inwards towards the essential magic of cinema itself) may appeal to an insular, back-slapping sense of bonhomie, something that the Oscars are notorious for indulging.

Slight cynicism aside, Spielberg is clearly the frontrunner in this year's race for Best Director. The Fabelmans is released in the UK on January 27, 2023.


2. Daniels (for Everything Everywhere All At Once)

One of the year's biggest surprises? The emergence of the directorial duo Daniels as a multiversal, storytelling, martial arts powerhouse. Indeed, it's hard to sum up their multifaceted achievement with the brilliant Everything Everywhere All At Once because the movie throws so many remarkable visual and narrative tricks at the audience.

The two men are individually known as Daniel Kwan and Daniel Scheinert. They've enjoyed some measure of quirky independent success in the past, notably with the Paul Dano/Daniel Radcliffe farting corpse odyssey Swiss Army Man. However, nothing could have prepared us for the allegorical ambition of Everything Everywhere, which actualises a Chinese-American mother's difficult relationship with her grown-up daughter.

The way in which this apparently simple story plays out is profoundly visceral and always surprising. Put simply, Daniels blow apart the parameters of time and space before reconnecting the disparate threads as Evelyn (Michelle Yeoh) and Joy (Stefanie Hsu) reconcile for the deeply moving finale.

Along the way, there are dazzling diversions into martial arts action as Evelyn's husband Waymond (the long-absent Ke-Huy Quan) taps into his multiversal variations to emerge as a fighting badass. The quick-fire realisation of these sequences is all the more impressive given the movie was made for just $20 million, likely the catering budget for the latest Marvel blockbuster.

The movie makes visual a parent's wide-ranging love for their child, even if this is unspoken, substituting intriguing metaphors for strained relationships. Joy's multiverse alter-ego is the universe-threatening demon Jobu Tupaki, a twisted reflection of how Joy's relationship with her mother threatens to implode at any minute.

The movie is conceptually brilliant but, crucially, it also follows through on its ambitions to build an emotionally satisfying experience that is populated with real, fallible characters. We'd like to think that Daniels' handle on visual majesty and personal intimacy will be rewarded with recognition from the Academy, although the movie could prove to be too eccentric for voters to handle.


3. James Cameron (for Avatar: The Way of Water)

If the Academy voters can overcome their snobbery towards genre cinema, then James Cameron may be in with a shot for Avatar: The Way of Water. He was nominated for Best Picture and Best Director for the first Avatar movie, ultimately losing both to The Hurt Locker and its director (also Cameron's ex-wife), Kathryn Bigelow. This Avatar-Oscar history may help to grease the wheels when it comes to the sequel.

Cameron has always been a pioneering technician; he famously conceived Avatar in 1999 but had to wait until 2007 to begin principal photography in order so that motion-capture technology could catch up. He melded model work and cutting-edge CGI seamlessly in his blockbusting Titanic and redefined the parameters of visual effects with the liquid metal T-1000 in Terminator 2: Judgment Day.

Will Avatar: The Way of Water be added to those accomplishments? And will Cameron be nominated again? It's clear that the element of surprise that greeted the first Avatar has now gone. To a large extent, we're now more familiar with motion-capture CGI as a standardised industry tool. However, the sheer scale of the Avatar sequel can't be denied, peeling away the layers of the planet Pandora and taking us underwater to introduce another facet of the Na'Vi population.

Cameron is as much of a showman as he is a technical wizard. Avatar put a defiantly old-fashioned yet emotionally resonant story on the big screen and invited audiences to be enveloped in its majesty. That, ultimately, is what the experience is about. If Cameron can attain this purity of intent once again, he may well be nominated for the latest Avatar movie.

Avatar: The Way of Water is released on December 16.

4. Martin McDonagh (for The Banshees of Inisherin)

A filmmaker with past form at the Oscars has a distinct advantage over the competition. The brilliantly caustic playwright turned movie director Martin McDonagh scored a huge success at the 2018 Oscars with several major wins for his lacerating Three Billboards Outside Ebbing, Missouri. These included Best Film, Best Actress (for Frances McDormand) and Best Supporting Actor (for Sam Rockwell).

McDonagh was, himself, nominated for Best Director and Best Original Screenplay, although he didn't bag either of them. Nevertheless, a win for Best Picture will clearly have given him a huge amount of industry clout and prestige. This bodes well for The Banshees of Inisherin, McDonagh's latest blackly comic moral fable that taps into a deep seam of human neurosis and richly salty language.

Colin Farrell and Brendan Gleeson give career-best turns as Padraic and Colm, two Irish islanders whose rock-solid friendship founders. McDonagh's capacity for seamlessly threading together absurdism, shock and melancholy has rarely been better displayed, pinwheeling our emotions on a scene-by-scene basis while ensuring that the bigger picture comes together utterly coherently.

Inasmuch as it's set in Ireland, the movie hews closely to several of McDonagh's plays, including The Lieutenant of Inishmore. However, it feels profoundly cinematic, possessed of an almost mythic scale (mist-strewn Irish landscapes abound) that gives an archetypal feel to the narrative of warring BFFs. That the movie has style and substance to spare makes McDonagh a likely candidate for Best Director. (One can imagine that he'll also claim a nomination for Best Original Screenplay.)

The Banshees of Inisherin is released on October 21.

If James Cameron is an Oscar candidate on the basis of technique and crowd-pleasing popcorn spectacle, then we absolutely have to acknowledge Joseph Kosinski's work on Top Gun: Maverick.

The movie is currently the most successful film of the year and has received overwhelmingly positive reviews for its nostalgic throwbacks, likeable characters, big heart and awesome action set-pieces.

Kosinski and cinematographer Claudio Miranda pushed the boundaries of IMAX technique with their dynamic and seat-gripping aerial shots, which vault above and beyond what the original Top Gun was capable of.

This combines with a palpable sense of verisimilitude. Star Tom Cruise insisted that all of the movie's actors would be taking the pilot's seat during the aerial sequences, meaning that we don't just watch the movie and admire the hardware. We believe and perceive the limits of human endurance as filtered through the outsized narrative.

That Top Gun: Maverick is able to reclaim the ironically cheesy Top Gun narrative, reconfiguring it as a riveting story of recriminations and regrets, is a huge achievement in and of itself. The beautiful configuration of the flying combat is the cherry on top, cementing Kosinski's ability with both character and action.

If cinema's main role is to create an overwhelming, enveloping world in which an audience can get lost, then Kosinski has massively outstripped his brief. Let's see if this is enough to sway the Academy voters.

Don't forget, you can still book your tickets for Top Gun: Maverick at Cineworld.

One of the year's most experimental and challenging Oscar frontrunners is this fragmented and atmospheric account of a Berlin orchestra conductor. Cate Blanchett is a sure-fire candidate for Best Actress in her role as Lydia Tár, a career woman who is utterly dedicated to her metronomic position as the conductor of a renowned Berlin symphony orchestra.

Tár's career success and life lived in the public spotlight does, however, come at a price. Pretty soon, her innate sense of ego and narcissism causes her world to fragment, and this is where director Todd Field steps in.

It's always fascinating when a filmmaker can make visual a difficult character's precarious mental state. Critics say that Field, making his first movie in almost 20 years, pulls this off with aplomb. Fittingly enough, given that Tár's role involves the infinitesimal manipulation of the slightest note, Field implodes the temporal nature of the movie, arresting us with jagged imagery and suggesting the collapse of a woman who has been defined by her sense of control.

Field has received Oscar attention and critical acclaim before: both In the Bedroom (2002) and Little Children (2006) were greeted with nominations, although no wins. His sudden re-emergence onto the awards stage may well tip things in his favour (another thing the Oscars love is a comeback story), although TÁR's elliptical qualities may prove too confounding for Oscar voters seeking more conservative, stabilised fare.

Which of these movies are you tipping for Oscar success? Tweet us your tips @Cineworld.

Don't forget that with a Cineworld Unlimited membership, you can enjoy all the upcoming releases, and a lot more exciting benefits, from just £9.99 a month.