Home Cineworld Blog Remembrance Sunday: the most powerful World War I movies ever made

Today is Remembrance Sunday where we honour those who fell during World War I. This was a war that ushered in a new era of mechanised conflict, and its impact has also stretched into the realm of cinema.

Here's our Cineworld blog list of landmark World War I movies that put a vivid cinematic face on this especially dark chapter in human history. At the same time, each movie showcases inspirational qualities that champion the bravery of our real-life heroes.

Made only 12 years after the war has ended and still very fresh in everyone’s minds, this offers the lesser heard point-of-view of a young German soldier. Adapted from Erich Maria Marque's novel, it's a defining depiction of World War I.

It is a very human account of the effect of war on the individual and their subsequent disconnection from family and society. It’s also Peter Jackson’s top choice of World War I films. In a list for Total Film, the director says: “The camera angles and staged battle footage have been copied in almost every World War I film made since. Many of the extras were veterans of the real battles, and it has a very authentic feeling.”

Stanley Kubrick’s adaptation of the novel of the same name is based on the true story of four French soldiers, sentenced to death for refusing to take part in a suicide mission. It stars Kirk Douglas as Colonel Dax, the commanding officer who attempts to defend the soldiers against being court-martialled for cowardice.

Testing the boundaries of what becomes acceptable during times of conflict, the vehemently anti-war film attracted criticism from military personnel. Pressure put on the studio by the French Government not to release the film in France meant it was not shown there until 1975.

A character study of how war can inspire, corrupt and ultimately ruin a man, David Lean's Lawrence of Arabia is the epic, multi-award-winning biographical portrait of T.E. Lawrence (played by the captivating Peter O’Toole), a British Army lieutenant sent to the Arabian peninsular during the war who proceeds to go a bit native.

His loyalties and personality both begin to split apart, with his sense of identity becoming as fractured as the situation in the Middle East. If you ever get a chance to see it on the big screen, it’s an experience not to be missed – the sweeping desert landscapes and rousing score are what cinema is made for. It’s not considered one of the best and most influential films of all time for nothing.

Reunited with her Amélie director, Jean-Pierre Jeunet, Audrey Tautou plays the fiancé of a soldier thought to have been sentenced to death for trying to escape military service. Refusing to give up hope, she embarks on an investigation to find out what really happened.

Through beautiful sepia tones and Tautou’s nuanced and subtle performance, the format shows both sides of war’s human sacrifice – the soldiers who go off to fight, and those who they leave behind.

About his chosen narrative format, War Horse author Michael Morpurgo told The Guardian: “I thought, through the horse's eyes we could see the conflict from all sides and tell the tale of the universal suffering in that war, and make it not simply a story of fighting, but of reconciliation.”

Steven Spielberg’s well-received adaptation was nominated for six Oscars. Very Spielbergian in its focus on fractured families torn apart by circumstance, the battle scenes are brilliantly executed and it packs the kind of emotional punch you would expect from the legendary director.

After several years of working in the realm of big-budget effects, director Peter Jackson dialled everything back to make this intensely personal World War I documentary. The end result is one of his greatest films, which traverses the realm of technological achievement and inspirational salute to those who died. Jackson drew on the Imperial War Museum's archive war footage and painstakingly colourised it, bringing to life nuances and details without compromising the integrity of the footage.

This works in tandem with the sound design, through which lip readers were brought in to essentially give voice to those who were once silent. The end result does not cheapen or exploit the experience but presents it to a new generation, a testament to a generation of brave men who are now down to their last remaining few. Thanks to Jackson's movie, we have a dynamic and moving testament to their dignity under duress.

Sam Mendes' Oscar-winning drama 1917 unfolds in the appearance of one sustained take, all the better for immersing us in the horrors of trench warfare. Master cinematographer Roger Deakins won his second Academy Award for his remarkably dexterous camerawork, taking us through barbed wire and burning buildings, across ravaged fields and through incandescent, burning towns.

It's a movie that refuses to blink, and invites the viewer to hold its gaze, resulting in an unbearably tense story of two young soldiers behind enemy lines. Mendes was inspired by the story of his grandfather, who served in World War I, and the spirit of all those who died in the conflict live on through the tenacious, resourceful spirit of George MacKay's central character.

Which World War I movie would you consider to be the most powerful? Let us know @Cineworld. 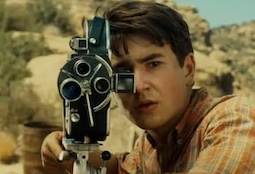 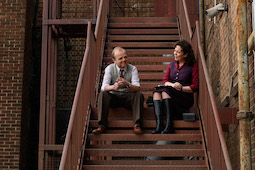 Movies coming soon: 8 reasons to be excited about Wonder Woman 1984