Director John Krasinski is currently scaring up an onslaught of thrills and spills with A Quiet Place: Part II. And it's been revealed that March 21 2023 is when we'll get to see A Quiet Place: Part III. Mud and Midnight Special director Jeff Nichols will take over from Krasinski, so we'll wait to see what a new helmer will bring to the party.

The second instalment of the A Quiet Place mythology has left us with a lot of pressing questions that may, or may not, be answered in the threequel. With spoilers, here are the topics that we need to be resolved while we anticipate another terrifying onslaught of sound-sensitive aliens.

What are the long-term effects of Regan's alien-disabling technique?

In short bursts, the combination of Regan's hearing aid and a microphone has a temporary disabling effect on the aliens, paralysing them and opening up their vulnerable fleshy inner-heads to gunfire. At the end of the second movie, Regan (Millicent Simmonds) and Emmett (Cillian Murphy) make a breakthrough by applying this technology to a nationwide broadcast, an expansion of the technique seen at the end of the first film.

Can this technique be extended to functioning radio stations across America, giving human survivors a reprieve against the marauding aliens? Are there, in fact, any sane, sentient humans out there who can absorb the implications of this critical juncture in the fight against the creatures? Emmett doesn't seem to think so at first, but he undergoes a measure of redemption by the end of the movie, recognising a keen survivalist spirit in Regan. Maybe he will be inspired to communicate the specifics of the alien-busting technology to whoever is listening?

Will the Abbotts be reunited?

With Regan and Emmett on their own mission, Evelyn (Emily Blunt) and Marcus (Noah Jupe), who has been horribly injured in a bear trap, are left in Emmett's safe house. Essentially, it's a factory furnace with a reinforced steel door that muffles any dangerous sounds. Come the end of the movie, Marcus has barely survived with enough oxygen for himself and the Abbotts' new baby, before Evelyn rescues them both and he then dispatches one of the creatures.

This signals an evolutionary upgrade of sorts for Marcus, as he transforms from appreciably quivering nervous wreck into someone who can take charge of the situation. The first movie was about the children learning to survive on their own amidst a terrifying post-apocalyptic world. At the end of the movie, we see Regan and Marcus achieve this in their own respective ways as Evelyn and surrogate dad Emmett look on with a degree of awe. Will they be reunited in the third movie? And will Emmett become a substitute for the late, lamented Lee (Krasinski)?

Will we get more of Emmett's background?

The prologue of A Quiet Place: Part II introduces Emmett in an unobtrusive way at a local baseball game. As all hell breaks loose with the aliens invading, he slips from the scene; his own family tragedy is communicated anecdotally when he runs into the Abbotts following Lee's death. This involves the death of his wife, something that's instilled a hardened sense of cynicism in him.

As mentioned, this viewpoint softens across the course of A Quiet Place: Part II, largely through his relationship with Regan. Given that A Quiet Place: Part II uses a prologue structure to fill in the gaps as to the aliens' arrival, might we imagine that the beginning of the third film will do the same? Maybe it will temporarily deviate back into Emmett's story, and give us the specifics as to what happened to his family?

Who were the people on the dock?

This is the biggest question we were left with. Understandably, years of being hunted by sound-sensitive aliens would be enough to drive any surviving humans mad. But the individuals encountered by Regan and Emmett at the dock were less than human... more feral with bloodshot eyes. (Echoes there of Cillian Murphy's earlier movie, 28 Days Later.) The nature of how human beings have coalesced into these animalistic, silent communities, co-ordinating with each other to lure in their prey (presumably to eat or enslave them), is something that could do with being answered in the prequel.

Are any members of the island community left alive?

Valedictory as it is to see Regan apply her hearing aid to the radio broadcast, we couldn't help feel bad for the islanders who get callously wiped out in the process. These guys had been surviving quite happily for years in their little community after discovering that the aliens couldn't swim; Regan and Emmett's good-natured but blundering intervention gets them doomed and leavens any sense of triumph with a degree of sadness.

We'd like to know if anyone survived the onslaught, particularly Djimon Hounsou's character who made an all-too-brief appearance. Maybe someone will survive and become a secondary antagonist to the Abbotts and Emmett, plotting revenge for the death of everyone on the island?

Can't wait to see the movie again? Click here to book your tickets for A Quiet Place: Part II, and tweet us @Cineworld with the questions that you want answered. 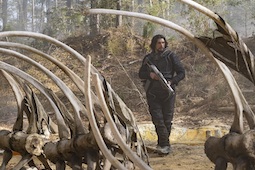 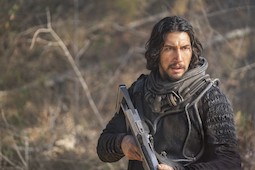 Ghostbusters: Afterlife – a novice's guide to the Ghostbusters universe