Home Cineworld Blog The Avengers: Endgame fan theories that could well turn out to be true

The Avengers: Endgame fan theories that could well turn out to be true

This year's Avengers: Infinity War was nothing short of a masterclass in colossal, big budget movie-making, bringing together a huge array of Marvel characters and a story that shattered our expectations of the Marvel Cinematic Universe (MCU).

Thankfully, more is coming in next year's Avengers: Endgame, which picks up after the events of Infinity War left 50% of the universe in turmoil. Given that Endgame is poised to be one of 2019's biggest movies, there are dozens of fan theories swirling around regarding the characters and plot. We've rounded up some of the most dramatic…

The Star Spangled Man known as Steve Rogers (Chris Evans) has been through an awful lot since his World War II inception in Captain America: The First Avenger. Super-soldier Rogers even managed to survive despite half of the universe being wiped out by Thanos (Josh Brolin) in Infinity War.

Well, many are now theorising that the time has come for Captain America to bite the dust – and what better way to do so than in a self-sacrificing moment to save humanity from the whim of a destructive, purple space deity?

Whether his death will come at the hands of Thanos or whether the all-powerful Soul Stone (key to the events of Infinity War) will come into play remains to be seen, but given Evans' contract expires after Avengers: Endgame, this grave outcome is increasingly likely.

Fan favourite, on-and-off villain and master of mischief Loki (Tom Hiddleston) was seemingly killed by Thanos within the first five minutes of Infinity War, but this is hardly the first time Loki has 'died'.

Often using his tricks to deceive, Loki has faked his death before (see the end of the first Thor) and though his bloodshot-eyed, grey corpse looked very convincing in Infinity War, this could simply be another of Loki's tricksy projections.

There is a side to this theory that claims Loki was in fact masquerading as Hulk/Bruce Banner (Mark Ruffalo) throughout the events of Infinity War – hence why Banner could not transform into his rampaging alter-ego. But is this too crazy to be true?

There is a very interesting theory floating around that genius, billionaire, playboy and philanthropist Tony Stark/Iron Man (Robert Downey Jr.) will learn the ways of the mystic arts.

At the end of Infinity War, Stephen Strange/Doctor Strange (Benedict Cumberbatch) searched 14 million different realities in the space of a few minutes to best assess how to defeat Thanos, and we imagine that's some knowledge Stark will undoubtedly covet.

We also know that he can become an expert in thermonuclear astrophysics in one night (rewatch Avengers Assemble as proof of that), therefore it is not beyond the realms of possibility to think that Stark could learn at least some element of Strange's powers for the fight with Thanos. Adding magic to Stark's repertoire is hardly likely to do his ego any favours.

4. The Avengers will master time travel

One Avenger curiously left out of the Infinity War proceedings was Scott Lang/Ant-Man (Paul Rudd), so where was he exactly? That lurking question was answered in this year's Ant-Man and The Wasp, as the post-credits sequence showed the shrinking superhero becoming trapped in the Quantum Realm as his teammates are turned to dust.

How Lang will escape remains to be seen – his appearance at the end of the Avengers: Endgame trailer was possibly the biggest shock moment. But there is a theory doing the rounds that he will be imperative to the Avengers' victory, as he will use his knowledge of the Quantum Realm combined, perhaps, with Stark's technological wizardry to travel back through time in order to defeat Thanos before he snaps his fingers.

Set photos showing some of the cast in their older costumes (including Chris Evans), as well as various mentions of 'different realms' from some of the cast and crew, suggest that this theory is highly likely to be accurate.

5. Thanos will make way for an even more powerful villain

Ever since his first appearance during the Avengers Assemble post-credits scene, audiences have known that Thanos would be the MCU's inevitable big bad. But once he has been dispatched, what's next for the superhero team?

This question has led to the theory that a new villain, or villains, will be introduced in Avengers: Endgame. Who this new threat will be is rife with conjecture and guesswork, as names such as Kang the Conqueror, the time-travelling super-villain, and Galactus, the planet-devouring cosmic entity, are bandied about.

Owing to his association with Fantastic Four, the latter's rights did in fact reside with studio 20th Century Fox – and given they've now been bought out by MCU owners Disney, maybe his appearance isn't out of the question.

In fact, Kang might not be alone. One idea currently hurtling around the internet is that Kang will bring with him The Cabal, a team of supervillains consisting of some new additions, MODOK and Hyperion, as well as some old faces such as Red Skull (who appeared in Infinity War, only not played by original actor Hugo Weaving). Watch this space...

What are your Avengers: Endgame theories? Tweet them @Cineworld and prepare for the movie's arrival on 26th April 2019.

Jon Fuge is a writer who blogs for Cineworld as part of our news team. 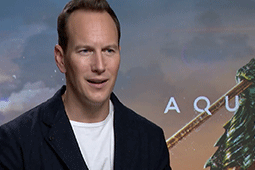