Iron Man/Tony Stark (Robert Downey Jr) and Nebula (Karen Gillan) are stranded in deep space following Thanos's (Josh Brolin) universe-obliterating snap. They're down but not out, and the tender notes of Silvestri's score capture a sense of humanity under duress. The composer quietly introduces the new hero theme that will grow in stature across the score, before it's replaced with some beautiful writing signifying the heroic intervention of Carol Danvers/Captain Marvel (Brie Larson), who brings them back to Earth.

The first proper surprise in the movie comes with Thanos's death within the first 20 minutes. Our discouraged Avengers have travelled across the galaxy to retrieve the Infinity Stones, only to discover Thanos has destroyed them – leading to his decapitation at the hands of Thor (Chris Hemsworth). Silvestri's reprise of the ominous and tragic 'Porch' theme from Avengers: Infinity War underscores the confusion felt by both the characters and audience. What is the next step?

If the Infinity War soundtrack was dark, toiling and dominated by Thanos's theme, then the music for Endgame is liberated by the entertaining "time heist' shenanigans. Silvestri mixes up his capacity for sweeping themes with a dash of slyly comic jazz that makes the movie feel less like a superhero blockbuster and more of a caper. It also perfectly encapsulates the nature of the boozy, washed-up Thor who, in the words of Rocket (Bradley Cooper), "looks like melted ice cream".

Silvestri's brass-led Avengers theme is now the musical spine of the MCU, uniting our characters in combat as they face their foes. Although it only featured during a handful of strategic moments during Infinity War, the theme gets many more chances to shine during Endgame. The thunderous musical build-up as our various characters zap themselves into different portions of the MCU timeline bolsters their stature as contemporary comic book icons, and also keenly anticipates the battle to come.

The Endgame soundtrack cites a number of different musical themes from across the MCU (although disappointingly, not of these quotations appear on the album release). Captain Marvel, Ant-Man and Doctor Strange's various pieces all weave in and out, but the most striking and impactful are Silvestri's variations on Mark Mothersbaugh's emotive score from Thor: Ragnarok. Specifically, the 'Twilighyt of the Gods' piece is cited during the moment where Thor jumps back in time to visit Asgard, sharing one final conversation with his mother Frigga (Rene Russo).

More delightfully devious Silvestri music comes during Tony's quest to reclaim the Tesseract from a pre-S.H.I.E.L.D. military base in the 1970s. It's there that he runs into his father Howard (John Slattery), whose wife is expecting, no less. Although the scene is very poignant (Downey Jr.'s facial reactions as he burns to tell his father who is are wonderful), Silvestri's saxophone-inflected music also capture the surreal and whimsical nature of the moment. No doubt he was feeding off Christoph Beck's witty and playful scores for the Ant-Man movies.

One of the most shocking moments in the movie comes when Clint Barton/Hawkeye (Jeremy Renner) and Natasha Romanoff/Black Widow (Scarlett Johansson) discover what they have to do on Vormir. In order to release the Soul Stone and help reverse Thanos's actions, one of them will have to sacrifice themselves – and it turns out to be Black Widow. Silvestri's colossally tragic string and drum-laden eruptions perfectly capture our sudden farewell to one of the most important MCU characters. The music also intentionally echoes that heard in Infinity War when Thanos sacrifices daughter Gamora (Zoe Saldana) for the Soul Stone – it's a clever way of musically reinforcing the key themes of time, space and past mistakes.

Admit it, you came here for this. When all seems lost, it turns out that Hulk/Bruce Banner (Mark Ruffalo) snapping his fingers on the Avengers' makeshift Infinity Gauntlet worked in reversing everything. A wearied and bruised Captain America watches in awe as T'Challa/Black Panther (Chadwick Boseman) emerges through a portal onto the battlefield – followed by all the remaining Avengers. Building from drums into monumental choir and finally a militaristic variation on the Avengers theme (befitting Cap's position as the man leading our heroes into battle against Thanos), Silvestri delivers arguably the most powerful musical moment in the MCU.

It takes a skilled composer to avoid melodrama during emotional moments. Silvestri wisely underscores Tony Stark's final breath with quiet, sustained strings that have a suitably ghostly quality about them. Rather than impinging on the action, Silvestri instead quietly guides our emotions as we come to terms with the loss of the MCU's figurehead.

Silvestri gives Tony Stark the musical pay-off he deserves with this alternately heart-wrenching and valedictory interpretation of the hero theme we heard at the very start of the movie. Echoes of past Silvestri scores, including his moving one for Cast Away, become evident in the glide from woodwinds to strings and brass as we contemplate the impact Tony has had on the Avengers initiative. When combined with that tracking shot between all the Avengers during his funeral, it's all we can do to hold back the tears.

Silvestri shows pleasing loyalty to his own Captain America theme as Endgame reaches its quietly powerful conclusion. It's a lovely way for the composer to round off his own MCU arc – he began with 2011's Captain America: The First Avenger, before going on to score Avengers Assemble, Infinity War and Endgame. The Cap has been a mainstay throughout all of those movies, and now Silvestri bids a musical farewell as his rousing trumpet fanfare signs off Steve Rogers's superhero tenure. And who spotted the reprise of the 'This Is My Choice' love theme from the end of The First Avenger? Talk about everything coming full circle.

What better way to end the movie than with a reprise of the main Avengers theme? The end credits sequence further cements the piece as the central musical identity of the MCU, aided by the visuals of the main actors' autographs on the screen. It remains to be seen whether Silvestri will return to this franchise, but he's certainly thrown down the (infinity) gauntlet for all those composers who follow. 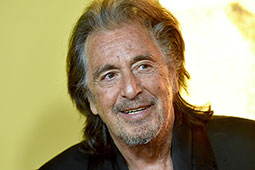