Bill & Ted Face the Music: party on dudes with the latest trailer

Excellent! Upcoming threequel Bill & Ted Face the Music has unleashed its latest trailer. And like the best Wyld Stallyns track, it promises a goofy, rocking bombardment of awesomeness.

After years spent cementing himself as an action icon, Keanu Reeves gets back into slacker mode as Ted. He's joined by old compadre Alex Winter as Bill. Individually, they're dim. Together, they're even worse, which poses a problem when they have to write the ultimate rock song to help save the universe.

Chalk up the beloved hallmarks, from the original Bill & Ted movies: the time-travelling phonebox, the catchphrases ("Be excellent to each other") and the air guitar work. The twist this time is there's not one time-travel quest going on, but two. While Bill & Ted (brilliantly) venture into the future to steal the ultimate rock song from themselves, their daughters travel back into the past to assemble talented figures for said band.

Much as it pains us to say, both Bill and Ted are getting older. The presence of Samara Weaving and Brigette Lundy-Paine as daughters Theodora and Wilhemina (got to love those names) may potentially indicate a generational handover to come. But let's focus instead on the totally awesome return of Death, played as before by William Sadler. Party on, dudes!

You'll have noticed that the trailer shows an open-ended 2020 release date. At the time of writing, Bill & Ted Face the Music is listed for UK release (on launchingfilms.net) on 28th August. However, its American release is now pencilled for a simultaneous theatrical/VOD opening on 1st September, according to The Hollywood Reporter.

Want more from the rocking slackers? Check out our 2020 [email protected] coverage for details of the upcoming Bill & Ted panel. 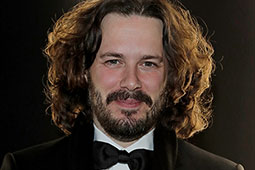