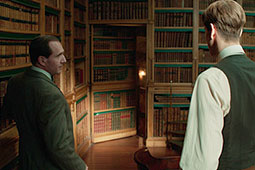 2020 was anything but normal. That's why we wanted to give you something to look forward to here on the Cineworld blog.

As we cross our fingers and hope for a return to normality in 2021, we've rounded up the assortment of comic book movies that are due to hit us in the next 12 months. It's an onslaught of web-slinging, super-powered, magical mayhem that crosses the divide from Marvel to DC and beyond.

So, get that movie planner out, read our list and note down all the essential information about 2021 comic book movies. (Release dates are correct at the time of publication, as per the Film Distributors' Association.) Also don't forget to check out our list of 2021 family movies, 2021 action movies and 2021 horror movies.

When James Gunn was (temporarily) fired from Guardians of the Galaxy Vol. 3 over controversial tweets, he jumped ship from Marvel to DC. In 2021, he's set to bring us his reboot of 2016's Suicide Squad, the critically derided DC comic book movie that gathered a host of bad guys to, erm, take down some even more bad guys.

In all honesty, the 2016 movie didn't make a lot of sense, barring Will Smith and Margot Robbie's energetic performances as Deadshot and Harley Quinn. The latter is back to take centre stage in Gunn's movie, one of several characters crossing over from the old to the new. (This also includes Viola Davis' scheming Amanda Waller.) Given Gunn's penchant for offbeat humour and surreal set-pieces in the Guardians movies, we can surely hope for a Suicide Squad film that puts its madness where its mouth is.

The Suicide Squad debuted at the 2020 DC FanDome, and certainly the character designs and aesthetic looked suitably crazed. The cast is also ridiculously talented: Idris Elba as Killshot, John Cena as The Peacemaker and Peter Capaldi as The Thinker, among others. Will we finally get the Suicide Squad movie we deserve?

2. Shang-Chi and the Legend of the Ten Rings

The Marvel Cinematic Universe continues to cast the net wide, with its first film based around an Asian superhero. The eponymous Marvel Comics hero Shang-Chi is a mystical master of various martial arts skills and powers, and it was imperative to both Marvel and Disney that an actor of Chinese descent be cast in the central role.

To that end, Simu Liu was cast in the role, a Chinese-Canadian actor best known for his appearances in Orphan Black and The Expanse. He's also an accomplished stuntman, which bodes well for Shang-Chi's big-screen debut. And there's a degree of continuity with earlier MCU mythology: the movie will re-introduce the feared terrorist leader The Mandarin, previously played by Ben Kingsley in 2013's Iron Man 3.

Whereas that movie put a controversial comedic spin on the character, this movie will reportedly stick closer to the Mandarin's origins. He's played by veteran Hong Kong actor Tony Leung, another authentic casting choice and one with extensive experience in Asian action cinema, including John Wood's Hard Boiled. Behind the camera is Destin Daniel Cretton, a veteran of acclaimed indie dramas such as Short Term 12, who now steps up into the big-budget realm of Marvel comic book action.

3. Venom: Let There Be Carnage

Released in 2018, Venom kicked off the Sony Marvel Universe to blockbusting effect. Buoyed largely by star Tom Hardy's typically eccentric presence, it brought us the story of a struggling journalist, Eddie Brock, and the slimy alien symbiote that has invaded his body. Foiling the nefarious industrialist Carlton Drake (Riz Ahmed), both human and alien ultimately worked together to form a new organic collective: Venom.

This sets up the narrative of the Venom sequel, Let There Be Carnage, which pits Hardy's central character against Woody Harrelson's psychotic Cletus Kasady (the 'Carnage' of the title). Kasady's appearance was teased in the Venom post-credits sequence and fans can't wait for this infamously dark comic book character to get his big screen dues.

Andy Serkis takes over as director from Ruben Fleischer, and Naomie Harris co-stars as Carnage's equally demented girlfriend Shriek. The first Venom took more than $800 million worldwide, despite lukewarm reviews, and expectations are high for the sequel. Questions remain as to the level of crossover between the Morbius realm (likely, seeing as it's the same franchise) and the world of Spider-Man (doubtful, given it's MCU-oriented).

New realms of the MCU are poised to open up with this otherwordly adventure. The Eternals will be familiar to Marvel comic book readers as celestial, all-powerful beings – in fact, they're some of the most powerful in the entire universe, capable of knocking Thanos into a cocked hat. And they've been living incognito on Earth for thousands of years. So how does a movie go about humanising them and making them relatable?

First things first, you line up a tremendous cast of familiar and popular faces. Maleficent's Angelina Jolie is the warrior-like Thena, a buffed Kumail Nanjiani is Kingo, The Bodyguard's Richard Madden is Ikaris and Desperado's Salma Hayek is Ajak. They're joined by Game of Thrones' Kit Harington as human fighter Dane in a story that pits the Eternals against their mortal enemies, the Deviants.

The other critical factor is the presence of director Chloe Zhao. She's never made an action movie before, let alone an MCU movie on this scale. But her firm hand on character, storytelling and atmosphere have been demonstrated in the critically acclaimed The Rider and Nomadland (the latter of which is due for release in February 2021). Can she perform a Gareth Edwards and one-up from artful independent dramas into spectacular blockbusters?

Tom Holland's third (and presumably final) solo Spider-Man movie picks up where 2019's Far From Home left off. We don't know the particulars as Spider-Man 3 has only just started filming. But there's clearly going to be a dramatic reckoning for Holland's Peter Parker as he struggles with the leak of his identity to the wider world.

Spider-Man 3 is now filming in Atlanta and is rumoured to be adopting the multiverse principle from Oscar-winning 2018 animation Spider-Man: Into the Spider-Verse (which wasn't affiliated with the MCU). That's because Jame Foxx will be reprising his role as the villainous Electro from 2014's non-MCU movie The Amazing Spider-Man 2. And Aflred Molina is returning as Doctor Octopus from Spider-Man 2. How will this work? We don't know yet, but returning director Jon Watts is sure to marshall something spectacular and memorable.

Add to this the presence of Benedict Cumberbatch's Doctor Strange (odds on he's Spidey's new mentor), and there are plenty of reasons to be excited. Like Black Widow and Shang-Chi before it, this is going to be an important puzzle piece in Marvel Phase Four, potentially setting up new strands of storytelling as we advance towards Marvel Phase Five.

Sadly, we won't be seeing either of them in Vaughn's prequel/spin-off movie The King's Man (although they're said to be returning in Kingsman 3). Instead, Ralph Fiennes (The Grand Budapest Hotel) and Harris Dickinson (Maleficent: Mistress of Evil) take on the mentor/apprentice roles in a movie that brings us the early 20th century origins of the Kingsman spy agency, including its unassuming facade behind a Savile Row tailor's shop. The baddie this time is represented by Rhys Ifans' nefarious Rasputin while Gemma Arterton's fellow operative and Djimon Hounsou's no-nonsense trainer flesh out the supporting cast.

Which of these upcoming comic book movies are you most excited about? Let us know @Cineworld.

No Time To Die: book your Cineworld tickets now 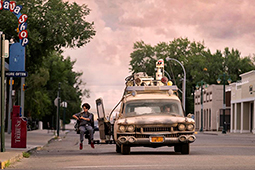 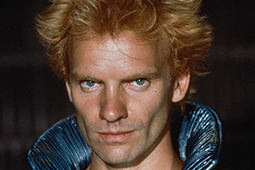 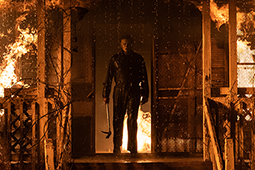 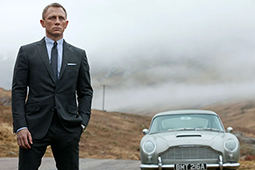 How to redeem your Cineworld ticket code