Home Cineworld Blog 5 massive Avengers: Endgame questions that we need the answers to

5 massive Avengers: Endgame questions that we need the answers to

Ever since that dramatic ending of Marvel's Avengers: Infinity War, the world has been speculating like crazy as to what would happen next.

This only escalated further when the somewhat ominous Avengers: Endgame title was revealed alongside the brooding trailer. Released this April, Endgame concludes phase three of the MCU while establishing a potentially new Marvel landscape as we advance into phase four.

Here are the huge, world-changing questions that we need answered right now…

1. What happens after the snap?

While packed with a whole host of incredible and unforgettable scenes, undoubtedly the Infinity War moment that got everyone talking and sent fans into a frenzy was the ending, in which mad Titan Thanos (Josh Brolin) obliterated half of the all life in the universe with a simple click of his fingers.

Of course, it is certain that Endgame will answer at least some of these questions. What will be interesting to find out, however, is the fallout from this world-altering event, perhaps on regular people as well as our heroes. At the same time, we want to know what has happened to the likes of Black Panther (Chadwick Boseman), Spider-Man (Tom Holland), Shuri (Letitia Wright) and the Guardians of the Galaxy, as well as the supporting characters around the fringes of the story.

What about Spidey's best friend Ned (Jacob Batalon), his beloved Aunt May (Marisa Tomei), or Tony Stark's (Robert Downey Jr.) right-hand man Happy Hogan (Jon Favreau)? Whatever happens after the snap, it will have far-reaching consequences for this universe.

2. How does Scott Lang escape from the Quantum Realm?

In the final moments of Ant-Man and The Wasp, poor Ant-Man/Scott Lang (Paul Rudd) found himself stranded in the microscopic world known as the Quantum Realm. On the outside, Hope aka The Wasp (Evangeline Lilly), and her parents Janet van Dyne (Michelle Pfeiffer) and Hank Pym (Michael Douglas), were all turned to dust, and his hopes of making it back to the real world disappeared with them. Or did they?

Of course, we know Ant-Man manages to make his escape – he makes a surprise appearance in the Endgame trailer on a CCTV screen – but what we really need to know is how on earth he managed to do it? We're also holding out hope that Endgame will give us some more information on the mysterious Quantum Realm.

With ties to Captain Marvel (more on her in a moment), it is possible that the realm holds the key to defeating Thanos, and we're also keen to know if it also has some kind of protective qualities, ensuring Ant-Man remained safe instead of suffering the same fate as his friends as Thanos destroyed everything.

3. What has Hawkeye been up to?

The bow-wielding Hawkeye (Jeremy Renner) was noticeably absent from Infinity War but is making his glorious return in Endgame. The good news is he survived, but what we really want to know is, what has he been up to all this time?

The first Endgame trailer gave us a snippet of Hawkeye back in action, seemingly clad in his Ronin armour that fans will recognize from the comics, but it certainly left us wanting more information.

4. Will Captain Marvel save the day?

In the post-credits scene of Infinity War, Nick Fury (Samuel L. Jackson) was able to send off a quick S.O.S message just before he fell victim to Thanos' snap. And who did he send it to? The universe's most powerful superhero, Captain Marvel (Brie Larson) of course.

Her solo film is released the month before Endgame, and fans are dying to see the first glimpses of her in action. And of course we're all wondering how her story is going to tie in with the events of Infinity War and Endgame.

Given she's said to be the most powerful figure in the MCU so far, we can safely assume she is one of the people who survives, possibly emerging as the only hope of defeating Thanos.

5. Will our favourite characters survive until the end?

Who will survive to the very end of Endgame? With the lives of beloved characters Captain America (Chris Evans) and Iron Man still very much on the line, we're on the edge of our seats to see who is going to make it, not least because the contracts of Downey Jr., Evans and Thor actor Chris Hemsworth all come to an end with Endgame.

Things are far from over yet, and with the film's title suggesting a degree of finality, we're getting ready to have our hearts broken. Endgame brings a significant era within the MCU to a close, so we're expecting to say goodbye to some familiar faces while also embracing some important new ones.

What questions do you want answering in Avengers: Endgame? The movie reaches us on 26th April so tweet us your theories and thoughts @Cineworld.

Sarah Buddery is a writer who blogs for Cineworld as part of our news team. 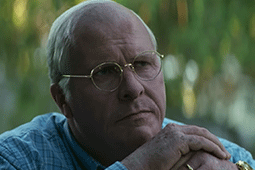 Vice: book for your Unlimited screening this Wednesday