Home Cineworld Blog Florence Pugh: why her starring role in Black Widow is a big deal

There’s no denying that 2019’s breakout movie star was genre-hopping actress Florence Pugh. But she’s not stopping there, as this year Pugh will star alongside Scarlett Johansson in Marvel’s Black Widow, as fellow Black Widow assassin Yelena Belova.

We’re here to recap why 2019 was a sensational year for Pugh, and why her appearance in Black Widow is a big deal.

Pugh’s first feature was 2014’s eerie psychological drama The Falling, in which she starred alongside Game of Thrones’ Maisie Williams.

However, the movie that first brought her international recognition was 2017 period thriller Lady Macbeth, directed by William Oldroyd. Pugh plays protagonist Katherine Lester, the young wife of a rich older man, who begins a passionate affair with one of the estate's workmen. Pugh was nominated for numerous awards for her role, and she excels as a character who is by turns sympathetic and repulsive.

Since then, Pugh has starred alongside Liam Neeson in action thriller The Commuter (2018), with Chris Pine as Elizabeth de Burgh in Netflix’s Outlaw King (2018), and horror film Malevolent (2018). You may have spotted her on TV too: in ITV drama Marcella, with Anthony Hopkins in King Lear, and in Park Chan-wook’s acclaimed series The Little Drummer Girl opposite Alexander Skarsgård.

Fighting with My Family

Fighting with My Family is a wonderful blend of family/sports/biographical drama/comedy genres in one. And you don’t have to be a WWE fan to enjoy it either, largely thanks to Pugh’s exceptional performance that simply radiates gumption, good humour and self-belief.

Pugh’s next 2019 flick was horror film Midsommar. However, it wasn’t just any horror, but writer-director Ari Aster’s eagerly awaited follow-up to his terrifying 2018 hit Hereditary.

Pugh plays Dani. who goes on a trip to Sweden with her boyfriend Christian (played by Jack Reynor). However, tension is brewing between the two of them. And it turns out that the Midsummer celebration they attend isn’t exactly what they had in mind – in fact, it's a cult with disturbing traditions and malevolent designs on those who attend.

Again, Pugh’s performance was praised by critics and fans alike – thanks to her, we’re taken inside Dani’s mind, and what is outwardly a horror movie becomes, in the words of Aster himself, “an apocalyptic break-up movie”. Little wonder Midsommar is already being hailed as a modern-day horror classic.

As if to get as far away from horror as possible, Pugh’s next film was Greta Gerwig’s adaptation of Louisa May Alcott’s novel Little Women, in which she stars as the youngest of the March sisters, Amy. The excellent cast also consists of Saoirse Ronan (Lady Bird), Eliza Scanlen (Sharp Objects), Emma Watson (Harry Potter), Timothée Chalamet (Call Me By Your Name), Meryl Streep (Mamma Mia!), Laura Dern (Star Wars: The Last Jedi), and James Norton (Grantchester).

Previous big screen portrayals of Amy have tended to depict her as the spoilt baby sister, even when she grows up, but Pugh’s depiction and Gerwig’s writing are more understanding of the character. In this iteration, Amy is a hard-headed but sympathetic individual who is acutely aware of the sacrifices she must make as a woman in the 19th century.

Pugh has deservedly received her first-ever Oscar nomination for her portrayal of Amy, recognised in the Best Supporting Actress category, and there’s no denying she’s one of the highlights of Gerwig’s critically lauded adaptation.

2020 is set to be Pugh’s biggest year so far, as she launches into blockbuster filmmaking for the first time with Marvel’s eagerly awaited Black Widow. The movie, directed by Cate Shortland, is set between the events of Captain America: Civil War (2016) and Avengers: Infinity War (2018), and follows agent Natasha Romanoff, who has to face her past, including her training in the KGB’s Black Widow assassin program.

So why is Pugh’s presence in the movie so exciting? Well, she’s already proven her versatility and dramatic instinct in a variety of roles across a host of genres. Combine that with the inherent opportunities offered by a superhero movie, including greater emphasis on physicality, fighting and gunplay, and we can’t wait to see Pugh combine her innate gravitas with a sense of action-oriented entertainment.

Of course, exact details of her character are yet to be revealed. In 2015’s Avengers: Age of Ultron, there were allusions to Romanoff’s training in the ‘Red Room’, so maybe Yelena shares a similar connection with our title character? The movie’s depiction of shadowy, covert operations plays into Pugh’s hands – as per Lady Macbeth, she’s very good at depicting individuals whose trustworthiness is suspect. At the same time, she’s terrific at taking apparently unlikeable individuals and humanising them, a la Little Women.

Fingers crossed Yelena will emerge as a complex, engrossing character as a result. Black Widow kick-starts Phase Four of the Marvel Cinematic Universe (MCU), so maybe Yelena will play an important role going forward? Either way, to star in the latest film within the world’s biggest movie franchise feels like a huge leap from well-known actress to international superstar.

Black Widow is released on the 1st of May, so tweet us your favourite Florence Pugh roles @Cineworld. 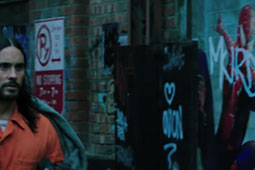