Home Cineworld Blog Ghostbusters: 10 box office facts that demonstrate how it scared up a storm in 1984 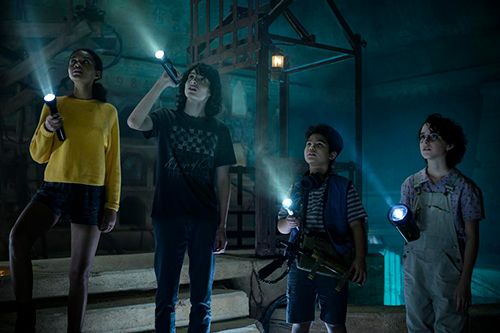 Ghostbusters: Afterlife is on release in Cineworld from Thursday 18th November. As one might expect, it invokes the legacy of the original movie in more ways than one, acting as a nostalgic treat for OG fans and a fun-filled introduction for series newcomers.

But how big was the original Ghostbusters movie back in 1984? As you get prepped to watch Afterlife in Cineworld, here are some handy facts.

1. Upon its release, Ghostbusters knocked Star Trek III: The Search for Spock out of the box office top spot.

2. Ghostbusters was the number one film in domestic theatres for seven consecutive weeks.

4. Entertainment Weekly reports that Ghostbusters continued to top the American box office weekend in both its ninth and 15th week of release.

5. The movie was so successful, it outstripped the domestic box office totals of Indiana Jones and the Temple of Doom ($179 million) and Gremlins ($153 million), both of which saw the involvement of Steven Spielberg.

6. Although 1984's highest-grossing movie was Beverly Hills Cop (a domestic gross of $234 million), Ghostbusters outstripped the Eddie Murphy vehicle with a succession of re-releases, eventually accumulating a total of $238.6 million domestically. (Figures via Box Office Mojo.)

7. In 2008, Entertainment Weekly named Ghostbusters the funniest movie of the last 25 years.

8. Released on June 16th, 1984, Ray Parker Jr.'s unforgettable title song eventually peaked at number one on the American Billboard Hot 100 on August 11th, 1984, and stayed there for three weeks.

10. The song was nominated at the 57th Academy Awards for Best Original Song, but lost to Stevie Wonder's 'I Just Called to Say I Love You'.

Don't be afraid of no ghosts. Click here to book your tickets for Ghostbusters: Afterlife, on release in Cineworld from 18th November.