Spider-Man: No Way Home reunites us with some classic comic book villains via the power of the multiverse. We've already recapped the best scenes of Doctor Octopus, as memorably played by Alfred Molina in Spider-Man 2 (2004). Now, we're revisiting the key scenes of Willem Dafoe's cackling Green Goblin, the villain who made Peter Parker's (Tobey Maguire) life hell in the very first Spider-Man movie (released in 2002).

If you weren't one of the OG Spider-Man fans and feel the need to brush up on your bad guy history, you've come to the right place. Here is Norman Osborn's tortured history, from failed businessman to diabolical super-villain.

When experimenting with a new performance-enhancing drug, which he needs to secure an important military contract for his company Oscorp, the well-intentioned Norman finds his life turned upside down. Director Sami Raimi's predilection for horror becomes clear as Norman kills one of his co-workers and seizes his new destiny. Raimi makes excellent use of the expressive Dafoe's facial contortions, contrasting Norman's initial worry with the chilling, bug-eyed mania of the Goblin persona.

2. Norman is fired from Oscorp

Playing a character with a dual identity is catnip for an actor as talented as Dafoe. As a performer, he's regularly traversed the lines of decency (1986's Platoon) and villainy (1990's Wild at Heart), and Dafoe's abilities mean our responses towards Norman tend to vacillate. He's a complex mixture of sympathy and terror, particularly in the tragic scene where he's deposed from his own company. A very human sense of rage (the Norman side) is steadily replaced with the Goblin's calculating sense of evil as he plots to rid himself of the Oscorp board of directors, having already absconded with the Oscorp technology that he's now using for weaponry.

3. The Goblin attacks the festival

The first-ever big-screen battle between Peter Parker and Norman Osborn helped cement all the standard ingredients of a Spider-Man conflict. It invariably occurs in a public place, involves a collision between the villain's technology and the hero's wits, and, as an added kicker, usually has someone close to Peter in mortal danger. All of those elements are present here as Norman, on his signature glider, launches a pumpkin bomb (both elements are glimpsed in the No Way Home trailers) at his former colleagues, vaporising them in typically lurid Sam Raimi style.

Peter, having run down the street to rip off his clothes (very Superman), must then balance public safety with the needs of protecting Mary Jane Watson (Kirsten Dunst) from almost-certain death. He sees off the Goblin for now and that climactic swing through the buildings, MJ in his arms, is almost poetic when set to the soaring choral strains of Danny Elfman's triumphant score. (Watch out, also, for the Stan Lee cameo.)

4. Norman reconciles with his dual identity

The moment where the Green Goblin is personified in the mirror allows Dafoe to go full ham. The conversation leaps backward and forward between the concerned Norman and his demonic mirror image, allowing the versatile actor to demonstrate his full range of facial expressions, all the while signifying that the Goblin persona is starting to crowd out Norman's more human impulses. (The mirror symbolism was repeated briefly in 2004's Spider-Man 2 to fan-pleasing effect.) It's a neat way of encapsulating the complexity of the Norman/Goblin character, adding more dimension to his motivations and setting in motion the violent end game. Are we going to see theatrics such as these in No Way Home?

5. Goblin makes his proposal to Spider-Man

Some six years before Heath Ledger made his blood-curdling Joker speech in The Dark Knight about the dichotomy between heroes and villains, Dafoe's Goblin was sharing the same philosophy. Having temporarily tranquilised Spider-Man, Goblin reminds him that it doesn't take long for the public perception of heroes to change. (Of course, the Goblin is saying this because he wants Spider-Man to join his side.)

Eventually, the Goblin says, even the greatest saviours become figures of hate, something that we have witnessed in Spider-Man: Far From Home (2019) when Tom Holland's Peter was framed for the death of the villainous Mysterio (Jake Gyllenhaal). This story thread is set to continue in No Way Home; in fact, it's the catalyst for the emergence of the multiverse as Peter and Doctor Strange (Benedict Cumberbatch) seek to reverse the events of Far From Home, with dire consequences.

6. Norman's tension with his son Harry

There's an interesting dynamic in the first Sam Raimi film as the orphaned Peter Parker finds a sympathetic ear in the form of Norman Osborn. The former's scientific enthusiasm is warmly greeted by the latter, but of course we the audience know the full implications: that these two characters will ultimately end up battling to the death, especially when Norman, in the Thanksgiving scene, discovers that Peter is Spider-Man. The third wheel is Harry Osborn (James Franco) whose distance from his own father is further amplified by Norman's closeness with Peter.

Will these perverse father-son dynamics be continued in No Way Home? In the trailer, Goblin mocks Peter for being torn between his duties as Spider-Man and his desire to be an ordinary kid; of course, in his original universe, Goblin would be referring to Tobey Maguire's iteration of Spider-Man, so how will he respond to Tom Holland's take?

7. The final showdown between Peter and Norman

Has any fight in the Marvel Cinematic Universe (MCU) proved as violent and gritty as this one? Peter Parker is really on the ropes as the angry and vengeful Goblin pummels him for rejecting his proposal, launching a pumpkin bomb in his face and assaulting our hero with some truly painful-looking roundhouse punches. There's also the famous iconography of the ripped Spider-Man mask, symbolising Peter's schism between superhero and ordinary teenage kid. (In a recent interview, Tom Holland expressed his admiration for this image, and what it says about the Spider-Man character.)

It's also a fight laden with pathos as we know that Peter is essentially fighting with his substitute father figure; the moment where Peter finds out that Norman is the Goblin is brilliantly acted by Tobey Maguire, signifying the full magnitude of shock and betrayal. Upon accidentally killing himself with his own glider, Norman somewhat redeems himself with his final words: "Don't tell Harry." It's an effective way of humanising a theatrical, OTT villain in his final moments.

We now jump ahead to Spider-Man 2, and the fallout from Norman Osborn's death. By this stage, Harry has discovered that Peter is Spider-Man and he wrongfully believes that his old friend is involved in his father's death. (Up to this point, Peter has kept his word and refused to tell Harry that his father was a diabolical super-villain.) At the end of the movie, the spectre of Norman/Goblin materialises again in the mirror, only this time he implores his orphaned son to take up his mantle, which fuels the events of the much-maligned Spider-Man 3 (released in 2007).

Again, we're wondering how the events of No Way Home are reconciled with the complex dynamics of the original Sam Raimi trilogy. As per the No Way Home trailers, we know that the destiny of each multiverse villain, be it Green Goblin, Doctor Octopus or someone else entirely, is to die in battle with Spider-Man. So, will we see history repeating itself – or will there be further twists along the way?

Click here to book your tickets for Spider-Man: No Way Home, which opens in Cineworld cinemas on 15th December. What are your favourite Green Goblin scenes from the original Spider-Man trilogy? Let us know @Cineworld. 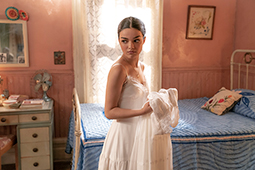