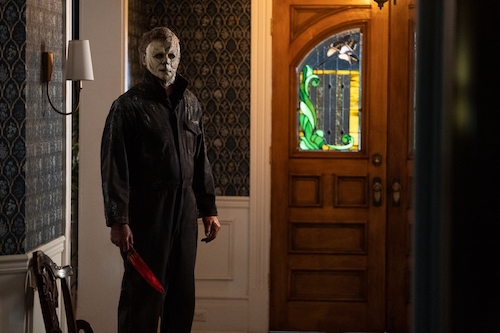 The final trailer for Halloween Ends has slashed its way online. And it leaves us with an important question. How many more people can the indestructible serial killer Michael Myers eliminate in the town of Haddonfield?

Well, there's one person he hasn't yet hacked to pieces: Jamie Lee Curtis' tenacious survivor Laurie Strode, the one who got away from him back in 1978, and subsequently in the two recent Halloween reboots/sequels (released in 2018 and 2021).

Laurie's connection to Michael has always been the bedrock of the Halloween franchise. That said, this rebooted trilogy chooses to ignore all of the movies that came out after John Carpenter's original 1978 masterpiece, instead resetting the clock and picking up directly after the events of that film. (Hence why Laurie and Michael are no longer siblings in this new chronology – unless the latest movie changes it.)

Director David Gordon Green and writer Danny McBride have successfully recontextualised the Halloween series as an allegory for Laurie's post-traumatic stress. But the past won't stay hidden forever. Four years later, in the wake of Halloween Kills when Michael obliterated most of the remaining survivors from 1978, he's now gone to ground. But it won't stay that way for long...

From the prowling synths of Carpenter's score to the sudden emergence of Michael and his trusty knife, the Halloween Ends trailer knows what fans want and delivers it on a platter. Check out the trailer if you're brave enough and steel yourself for the final battle between Laurie and her nemesis.

Halloween Ends is released at Cineworld on October 14. And if you're looking for more skin-prickling terror, don't forget to check out our Halloween movie preview.