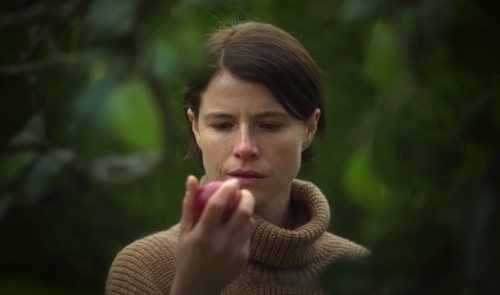 Jessie Buckley has come a long way since finishing runner-up in the BBC talent show I’d Do Anything in 2008. And though the redhead from Killarney didn’t bag the Nancy role in Oliver, that success launched a much-lauded career on the small and big screens.

Nearly a decade and a half after that first break, Buckley has built an enviable reputation portraying vulnerable, often damaged, sometimes difficult and even unlikeable film and TV characters with empathy and believability.

As Harper is thrust into a disturbing community of diverse men – all looking uncannily like her new landlord Geoffrey, and all played by Rory Kinnear sporting a range of effectively creepy prosthetics – we run through Buckley’s finest performances to date.

A killer is on the loose on the Isle of Wight in this twisty psychological thriller, Buckley’s feature debut. She plays Moll Huntingdon, a twenty-something tour guide living at home with her cold, controlling mother Hilary (Geraldine James) and ailing father.

As Pascal is accused of a series of murders, Moll starts to question whether she can trust him – but she, too, has violence in her past. Jessie Buckley’s superbly controlled performance showcases her talent for ambiguity and intensity.

An aspiring singer with dreams that look set to be stymied: you might detect echoes of Buckley’s own story. But her titular Rose-Lynn, an irrepressible Scottish lass newly released from prison and struggling to raise young kids while pursuing her country music career, is a wholly unique character.

Unreliable and volatile but also charismatic and loveable, Rose just needs something to go right. At last it looks as if the pieces might be falling into place… till they don’t, and hopes of success in Nashville seem dashed.

That Jessie overshadows even the ever-excellent Julie Walters is a mark of an exuberant performance that made Wild Rose a feelgood hit.

Renée Zellweger landed a second Academy Award for her full-transformation turn as Judy Garland in the twilight of her career. But Buckley, as Garland’s assistant Rosalyn Wilder, plays a crucial supporting role in both the cinematic and emotional sense.

Hers is a more understated and in some ways more serious part than Zellweger’s, who plays the ageing star during her last hurrah in London. Informed by meetings with the real Rosalyn, Buckley brings a focus, depth and authority to the role.

Laden with Emmys and Golden Globes, this hard-hitting TV miniseries follows the events and aftermath of the 1986 nuclear power plant disaster in Ukraine.

Among the heavyweight ensemble cast, including Jared Harris, Stellan Skarsgård and Emily Watson, Jessie Buckley shines as Lyudmilla Ignatenko, wife of a first responder at Chernobyl.

She gives a typically committed performance as a woman desperate to see her husband as he lies dying in a Moscow hospital, with heartbreaking consequences for her unborn child. Her character provides the human heart at the centre of the wider political, social, environmental and medical catastrophe. Oblique even by the standards of writer-director Charlie Kaufman, this surreal thriller sees Jessie Buckley as a young woman driving to meet the parents of new boyfriend Jake (Jesse Plemons, seen recently in The Power of the Dog).

Any attempt to coherently explain the plot, comprising a series of unnerving and largely inexplicable dreamlike events in farmhouse, school and diner, would probably be futile. But the powerhouse performances by Buckley – as so often, ambiguous, vulnerable, even unnerving – and Plemons make this curio a must-watch.

Maggie Gyllenhaal’s directorial debut, adapted by her from a novel by Elena Ferrante (author of My Brilliant Friend), plays out over interwoven time periods.

Olivia Colman wows again as college professor Leda Caruso, who hides a doll lost by the small daughter of a family she encounters during a holiday in Greece.

Her interactions with the girl’s young mother spark recollections of her own early married life. Told in flashback, with Buckley as the young Leda, these interludes reveal her struggles to adapt to motherhood.

Though physically dissimilar, the two actors convincingly encapsulate the same ambitions and desires, exuding a palpable sense of guilt and regret. Both deservedly received Oscar nominations. Get ready for new horror movie Men with this chilling clip