National Theatre At Home: stream This House for free

Have you heard about National Theatre At Home? It's the brilliant new way of streaming the best live productions into your own front room – entirely for free.

Every Thursday at 7PM UK time, they will be releasing one NT Live title on the National Theatre’s YouTube channel that can be watched for free, on-demand for seven days only.

This week, we're introducing This House, including all the details of where you can stream it.

What is the story of This House?

The festering world of British politics is placed centre stage in This House, James Graham's acclaimed play that made its National Theatre debut in 2012.

The story begins in February 1974, when the British government is paralysed by a hung Parliament. We focus on a group of people forced to walk the political tightrope between ambition and what is best for their country.

The production than spans a further five years until 1979, settling on the vote of no confidence in James Callaghan's government. The play promises to be a nostalgic yet biting excursion into the country's not-too-distant past.

How was This House received?

In its glowing five-star review, The Daily Telegraph described Graham's play as "Funny and cliff-hangingly suspenseful".

How long is This House available to stream for?

It is available to stream for one week from Thursday the 28th of May.

Where can we stream This House?

What other National Theatre At Home productions are coming up?

Will you be streaming This House from home? Let us know @Cineworld. 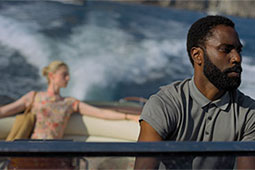