9 books you need to read before seeing the movie

Enduring self-isolation? You can always pick up a book – but before you do so, we're here with a handy little listicle. Here's our round-up of the books and stories you need to read ahead of their movie adaptations.

Francis Hodgson Burnett's classic children's story, first published as a book in 1911, has been adapted for the big screen many times before. In 1993, we received what, perhaps, is the most famous adaptation, starring Maggie Smith as severe housekeepers Mrs. Medlock, and featuring the cinematography of the Oscar-winning Roger Deakins.

The Secret Garden is the classic tale of a neglected garden whose unveiling unlocks emotional undercurrents in a deeply troubled family. Colin Firth and Julie Walters lead the cast of the new movie, playing Archibald Craven and Mrs. Medlock. Newcomer Dixie Egerickx plays repressed orphan Mary, whose discovery of the garden sets in motion a powerful chain of events. The film is adapted from the novel by His Dark Materials scribe Jack Thorne, produced by Paddington's David Heyman and directed by National Treasure's Marc Munden.

Here's an altogether more creepy offering: a folkloric chiller adapted from spine-tingling short story 'The Quiet Boy' by Nick Antosca, who also contributes to the screenplay. Crazy Heart's Scott Cooper directs and The Shape of Water's Guillermo del Toro produces, bringing us a foreboding tale of a child who makes a pact with a wendigo, an evil spirit from Native American folklore. The Rise of Skywalker's Keri Russell and The Irishman's Jesse Plemons star.

3. The Woman In The Window

Written by A.J. Finn, this twisty psychological thriller is the story of an agoraphobic New York therapist who suspects her neighbour of murdering his wife. But when said spouse re-emerges as a completely different woman, the very fabric of reality is questioned. It comes to the big screen courtesy of Darkest Hour director Joe Wright, and screenwriter/playwright/actor Tracey Letts (Le Mans '66), with Amy Adams in the central role of the tormented Dr. Anna Fox. Gary Oldman, Jennifer Jason Leigh and Julianne Moore also feature in the heavyweight cast.

Thor and Murder on the Orient Express helmer Kenneth Branagh returns to the world of family-friendly fantasy with this adaptation of Eoin Colfer's novel. Screen newcomer Ferdia Shaw plays the titular character, a young criminal genius searching for his missing father – oh, and there are magical fairies involved, too. The star-studded ensemble cast also includes Josh Gad, Judi Dench and Colin Farrell.

Hellraiser author Clive Barker spawned another horror legend with his short story 'The Forbidden'. Set in Liverpool, it explores the urban myth of Candyman, a hook-handed serial killer who is said to appear when you say his name five times into the mirror. Back in 1992, director Bernard Rose adapted the story as the movie Candyman, now widely considered a classic of the genre thanks to Tony Todd's eerie central performance. And Barker's mythology now informs this "spiritual sequel" from writer/producer Jordan Peele (Get Out; Us), and Top Boy director Nia DaCosta. Aquaman and Watchmen's Yahya Abdul-Mateen II plays artist Anthony, who's intrigued by the gentrification of the Cabrini-Green housing project in Chicago, where he grew up. This is the area that gave rise to the Candyman legend, and Anthony's decision to artistically interpret the myth soon brings down unspeakable horror on his head.

What's a bored Midlands teenager to do, apart from reinventing herself as a flame-haired London journalist? That's the premise of Caitlin Moran's spirited and affectionate bestseller, which now comes to the big screen with Booksmart scene-stealer Beanie Feldstein in the lead role. The rising Hollywood star adopts a Wolverhampton accent to portray said teenager, the listless Johanna, whose reinvention as Dolly Wilde promises to paint the town red. The excellent cast also includes Paddy Considine, Alfie Allen and Emma Thompson.

7. Death On The Nile

Director/writer/actor Kenneth Branagh returns to the realm of Agatha Christie, following his star-studded mystery blockbuster Murder on the Orient Express. He now presents the next installment of detective Hercule Poirot's adventures: a Nile river cruise that is rudely interrupted by a mysterious death. Poirot must get to the bottom of things, before the killer strikes again. Armie Hammer, Annette Bening and Gal Gadot are among the glamorous suspects.

Back to the Future director Robert Zemeckis turns his attention to Roald Dahl's ghoulishly macabre children's classic. We already got a memorable version of The Witches back in 1990, with a fabulous Angelica Huston portraying the diabolical Grand High Witch. Now, Anne Hathaway steps into the shoes made famous by Huston, in an enjoyably creepy story of a young boy who uncovers a plot to turn Britain's children into mice.

Sci-fi master Denis Villeneuve (Blade Runner 2049) adapts Frank Herbert's landmark novel, already tackled by David Lunch back in 1984. That version was a notorious misfire, so expectations are high that the cerebral and thoughtful Villeneuve can do justice to the complex tapestry of Herbert's novel. Timothee Chalamet leads a superb cast as the young Paul Atreides, who becomes embroiled in all manner of political machinations and subterfuge on the desert planet of Arrakis. Brace yourselves: Oscar Isaac, Rebecca Ferguson, Josh Brolin, Stellan Skarsgard, Dave Bautista, Zendaya, Charlotte Rampling, Jason Momoa and Javier Bardem make up possibly the greatest cast of 2020.

Are any of your favourite books due to be turned into movies this year? Let us know @Cineworld. 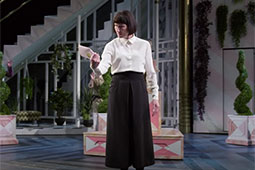