Home Cineworld Blog No Time To Die: 5 spoiler-free reasons to watch the new Bond movie on the biggest screen imaginable 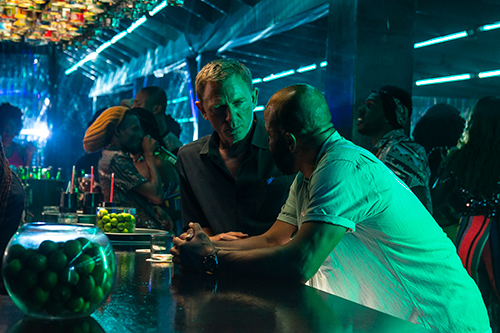 It's been a long time coming, but James Bond movie No Time To Die is finally on release in Cineworld cinemas nationwide. Scroll down to find out why you need to experience the latest Bond film on the biggest screen you can find.

1. We've been waiting nearly two years for it

Whether you're a Bond fan or not, the journey towards No Time To Die has been a turbulent one. That makes the film's arrival on the big screen even more of a significant event. Do you really want to be the one who sat out Daniel Craig's final Bond movie, and the 25th overall in the franchise?

2. A bigger screen amplifies the emotion of 007's latest adventure

Trust us when we say that No Time To Die throws more than a few emotional curveballs at the audience. It's a typically outsized and outlandish Bond adventure, but the depth of feeling invested in 007 in this movie is genuinely moving. Opt for the big screen and bask in the glory of Craig's last Bond adventure.

3. The locations look staggering on a big screen

From Matera in Italy to Bond's spiritual home of Jamaica (where author Ian Fleming wrote the original books), No Time To Die certainly tickles that travelogue itch. On a big screen, you'll feel even more immersed in these exotic locations, and it may even give you holiday envy. Maybe time to start planning a Bond location vacation in 2022?

4. The film was shot in IMAX

As discussed in our interview with director Cary Joji Fukunaga, No Time To Die is the first Bond movie to be shot with 70mm IMAX cameras. It's always been a tradition of Bond movies to engulf the audience, but this is the real deal as the cars (including two Aston Martins, the DB5 and the V8 Vantage), gadgets and action sequences gain added resonance with IMAX's unique screen curvature.

5. An immersive sound design pulls you into the action

Continuing with the IMAX theme, you also need a pin-sharp sound system to do justice to a Bond movie. From the throaty roar of the DB5 to the propulsive, bass-heavy approach of Hans Zimmer's score, this is your chance to not only watch No Time To Die, but feel the experience in your bones.

Want to feel shaken and stirred? Click here to book your tickets for No Time To Die, on release now in Cineworld cinemas including IMAX. 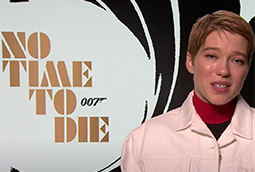