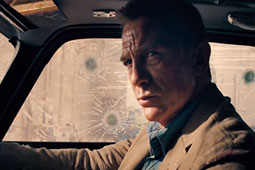 No Time To Die is the 25th James Bond movie and scheduled to arrive this November. Daniel Craig bows out as 007, Britain's most iconic secret agent, who faces an especially deadly enemy. Said villain is Rami Malek's Safin, a masked maniac with a connection to Bond's Spectre love interest Madeleine Swann (Lea Seydoux).

Directed by Cary Joji Fukunaga (True Detective; Beasts of No Nation) and co-written by Phoebe Waller-Bridge (Fleabag), the movie is poised to send Craig out on a high. It's amazing to think it's been 14 years since he reinvented the role of Bond in the terrific Casino Royale, and the sense of heritage is strong with this latest Bond adventure.

Such a momentous movie event demands something a bit special. That's why No Time To Die is launching a weekly podcast series hosted by film critic James King. Craig, Malek, Fukunaga, Waller-Bridge and more all chime in to discuss the Bond legacy and the story of the new movie. Also involved: producers and franchise gatekeepers Michael G. Wilson and Barbara Broccoli, singer Billie Eilish (whose No Time To Die music video has just gone live), Felix Leiter actor Jeffrey Wright and Moneypenny actor Naomie Harris.

Podcast listeners will be the first to hear exclusive score from Hans Zimmer and brand-new recordings from the Royal Philharmonic Orchestra from Bond 25 released by Decca Records. The episodes are as follows:

The series is available weekly on Apple, Spotify, Acast and all major podcast providers. No Time To Die is due for release on 12th November. 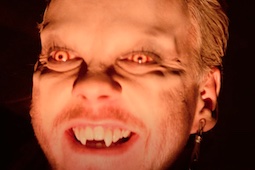