The movie stars Chuck and Tangled's Zachary Levi as the eponymous superhero – actually 14-year-old orphan Billy Batson (Asher Angel) in disguise. Critics have already raved about its whimsical and entertaining tone, and it's no surprise the movie's concept has been described as Big crossed with Superman.

So what did the Unlimited crowd make of the movie? We'll start with this from Stoo who says the movie finally, finally gets the DC Extended Universe (DCEU) on track.

Never saw it coming but think #Shazam is the strongest entry to stand the test of time from DC yet. Sure it hit most superhero origin clichés but also made fun of the ones it didn’t - it was genuinely funny and had heart! A great family superhero movie! Thanks @cineworld

Thank you, @cineworld for that #CineworldUnlimited screening of #Shazam, best DC movie by a mile! I was laughing throughout, really enjoyed it.
There's a very good chance I'll be going back to see it again next week.

Jonathan Edward Ellis says the movie is a 10/10 triumph.

Just got back from watching the @cineworld Unlimited Screening Of Shazam! really enjoyed it very funny too had me in stitches in parts defo worth a watch 10/10 from me

Corinna says the movie's decision to steer the DCEU away from darkness and into the light is a monumentally effective one.

So I watched Shazam at the unlimited screening @cineworld and loved it. I haven’t been a 100% with the comedic root DC films have taken because I loved the dark root it started with but the comedy fits so perfectly with Shazam, there is no other way to do it. #CineworldUnlimited

Mark lauds the movie's sense of heart, as well as its villain Thaddeus Sivana (played by Kick-Ass actor Mark Strong).

Shazam is brilliant, very funny, uplifting and with a great message about family, the leads are great and Mark Strong makes a formidable villain. Thoroughly enjoyable. 4/5 @ShazamMovie @Shazam Thanks @cineworld #UnlimitedScreening #CineworldUnlimited

Nieke says the movie is a delightful surprise.

Shazam really out there giving me the surprise of the year. So much fun!! @cineworld pic.twitter.com/LIPPTAdq2w

And Marcus is magnanimous with his praise for leading man Zachary Levi.

SHAZAM WAS EVERYTHING I EXPECTED TO BE!!!! @ZacharyLevi done a brilliant job @cineworld #CineworldUnlimited

Anyone else who was at last night's screening can tweet their reactions @Cineworld and using #CineworldUnlimited. Shazam! goes on general release on 5th April.

Not yet part of the Unlimited club? Sign up today to enjoy advance screenings, restaurant discounts and lots more. Click here to join Cineworld Unlimited. 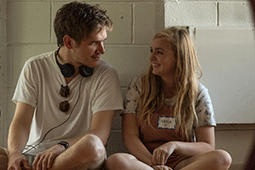