Home Cineworld Blog Spider-Man: No Way Home is the eighth-biggest film of all time at the global box office 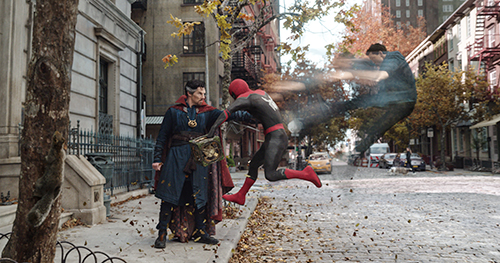 Spider-Man: No Way Home has netted itself a near-unbroken run of box office records. The Sony/Marvel Studios movie is now the eighth-highest-grossing movie of all time at the worldwide box office, with Variety reporting its takings (at the time of writing) as $1.53 billion.

On the domestic front, No Way Home has overtaken Titanic ($668 million versus Titanic's $659 million). It's interesting to note that Titanic was also the first movie to cross the global $1 billion mark at the box office; its current worldwide tally, when taking into account the various re-releases, stands at $2.2 billion, according to Box Office Mojo.

As it stands, Avengers: Endgame will likely remain the champion of the MCU stable. With $2.79 billion in the bank worldwide (again, this takes into account re-releases), Endgame remains a force to be reckoned with, but even that movie is outmatched (although only just) by James Cameron's Avatar with $2.84 billion in the pot.

No Way Home's success is vindication for theatrical distribution in the midst of the ongoing COVID-19 pandemic and cements Tom Holland as a hugely popular and successful Peter Parker. No Way Home has soared on a crest of nostalgia as the emergent multiverse now allows the various MCU and non-MCU timelines to be scrambled. The presence of classic villains like Green Goblin (Willem Dafoe) and, more significantly, returning Spider-Man Tobey Magure and Andrew Garfield, has struck a massive chord with audiences around the world.

Want to blow away the January blues and see the movie again? Then click here to book your tickets for Spider-Man: No Way Home.