5 sports rivalry movies to prepare you for Le Mans ‘66

This November, Le Mans '66 is racing onto Cineworld screens near you.

Director James Mangold drops the Wolverine claws for a stab at the fast-paced world of motor-racing, exploring the true story of famed car designer Carroll Shelby (Matt Damon) and British driver Ken Miles (Christian Bale). Their aim: to build the Ford GT40 in an attempt to beat the overly-dominant Ferrari at the 1966 Le Mans race in France.

The odds are stacked against both men, which promises to make for seat-gripping, gear-clenching drama. And we thought now would be a good time to prepare for Le Mans ’66 with five classic sports rivalry movies...

Is there a better sporting rivalry than that of Rocky Balboa (Sylvester Stallone) and Apollo Creed (Carl Weathers)?

At the end of the first Rocky movie both fighters, who by then had built up a fierce sense of competition, agreed that there won’t be a rematch. Despite this, Apollo Creed was named the winner.

Rocky II builds upon the rivalry between the two men, following on from the famous fight in the first movie. Although he won, Creed is determined to prove that he is better than the split decision of the first fight.

Smear campaigns, hate mail, and public insults ensue. Despite agreeing to not fight a rematch, the pair eventually agree to fight once again. It’s a tense build up that leads to one of the greatest fights in cinema history.

Escape to Victory is the story of what happens when England and Germany’s football rivalry meets the spectre of World War II.

The premise of the film is simple enough: an Allied team made up of prisoners of war face off against a team of all-star Nazi players. The Allies are using the match as a means of escape, whereas the Nazis are planning to use the game, should they win, as propaganda.

John Huston’s valiant sports drama features the likes of Michael Caine and Sylvester Stallone alongside footballing greats such as Pelé, Bobby Moore, and Osvaldo Ardiles. This is one to watch as much for the story of hardship, overcoming the odds, and a fierce rivalry as it is for the footballing greats of yesteryear.

While the rest of the films on this list have all been dramatic affairs, here’s something a little sillier.

Dodgeball is not only one of the finest sports movies around, but it just so happens to feature one of the most memorable on-screen rivalries.

Average Joe’s Gymnasium, owned by Peter LaFleur (Vince Vaughn), is up against the ropes when Globo Gym owner White Goodman (Ben Stiller) plots a takeover in order to build a parking lot on its premises. LaFleur’s group of average gym-goers must then defy the odds and beat Globo Gym in a dodgeball tournament (of all things) to buy back their gym.

It’s hilarious throughout and the rivalry between LaFleur’s Average Joes and Goodman’s Globo Gym is fierce. Grab life by the balls and give this one a go.

There's no better way to prepare for Le Mans '66 than with another engrossing racing movie: Ron Howard’s Rush.

The film puts you in the seats of legendary Formula 1 racing drivers James Hunt (Chris Hemsworth) and Niki Lauda (Daniel Brühl), who developed a fierce rivalry over the years.

Based on true story, Howard’s film features some super-slick cinematography, tense race scenes and a bit of exaggeration in selected moments.

This one should get you right in the mood for another piece of racing drama and competition when Le Mans 66 eventually crosses the finishing line into cinemas.

Never has there been a tennis rivalry quite so intense as between Björn Borg and John McEnroe. In 2017, this famous stand-off arrived on the silver screen in the form of movie Borg vs McEnroe.

Sverrir Gudnason and Shia LaBeouf put on their Wimbledon whites to play the titular tennis giants, and the film focuses on their fierce competition during the 1980 Wimbledon championship.

Borg knows that McEnroe is perhaps the only player capable of taking his Wimbledon crown away from him, potentially denying him of his record fifth singles championship win in a row.

The film plays up the rivalry to allow for a good amount of drama on-screen, but the real-life famous tie-break is worth a watch too. It’s still tense and powerful stuff today.

Le Mans '66 races onto screens on 15th November, so if you've got a favourite sports rivalry movie of your own, tweet us @Cineworld.

Toby Saunders is a writer who blogs for Cineworld as part of our news team. 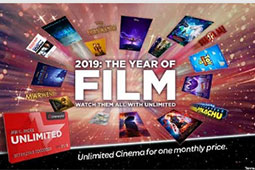